While the liberal media indulges in a mass panic over a Trump tweet that quoted a pastor speaking about civil war, Silicon Valley is demanding practical action.

Former Reddit CEO Ellen Pao has been lobbying for Twitter to suspend the president’s account for two years. Now, she’s using the latest tweet uproar to push one last time for a suspension. This time, however, she’s not alone. Recode podcast host and NYT Opinion columnist Kara Swisher is also calling for the president to be banned. 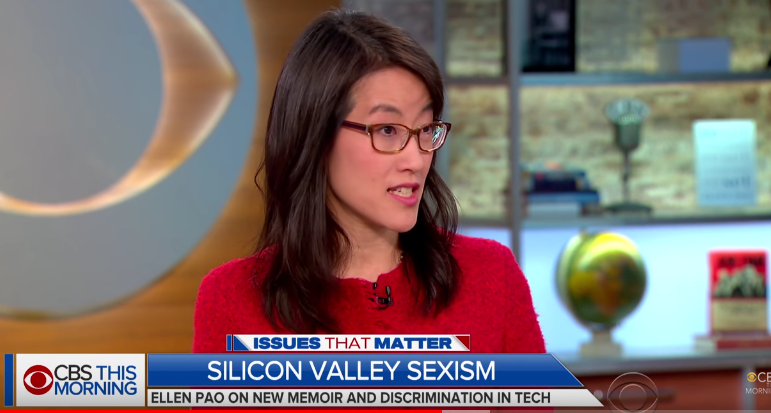 Pao re-tweeted a tweet of hers from 2018, with the current quote: “Evergreen.”

President Trump tweeted a quote from Pastor Robert Jeffress on September 29, which mentioned the possibility of civil war. Bad tweets are not criminal, neither are poorly timed tweets. But in Silicon Valley, where just disagreeing with progressive contemporary wisdom can get a user banned from a social media platform, Trump’s tweets are grounds for removal.

Pao’s suggestion stems from a Medium post she wrote in January of 2017, on the day of Trump’s inauguration. Her reasons back then? He had tweeted at actress Meryl Streep after she attacked him during the Golden Globes.

Pao wrote, “People’s lives are actually at stake here, and each day our goodwill for Twitter erodes as Trump and his followers overshadow the good of the platform.”

Swisher added her two cents to the idea, tweeting, “Make no mistake, this is just someone claiming First Amendment right to speak is meant to harm and designed to spread a falsehood widely. A medium designed to promote global discussions has now been fully hijacked by those who slip through its porous and sloppy rules.”

The former Reddit CEO banned five communities on Reddit while she was in power, because of “off-site behavior.” She also wanted the pro-Trump subreddit The_Donald banned, because “they’re just wrong.”