PragerU Heads to Court Of Appeals in Battle Against YouTube Censorship

Big Tech is preparing for a reckoning with justice in a court of law.

PragerU, a conservative media outlet known for its academic videos that explain traditional values and beliefs, will argue its appeal in a federal court on August 27. After a court dismissed the case on March 28, 2018, the company filed an appeal with the Ninth Circuit Court against Google and its sister company, YouTube. PragerU accused Google of “targeting ideological differences and engaging in unlawful censorship and discrimination.” 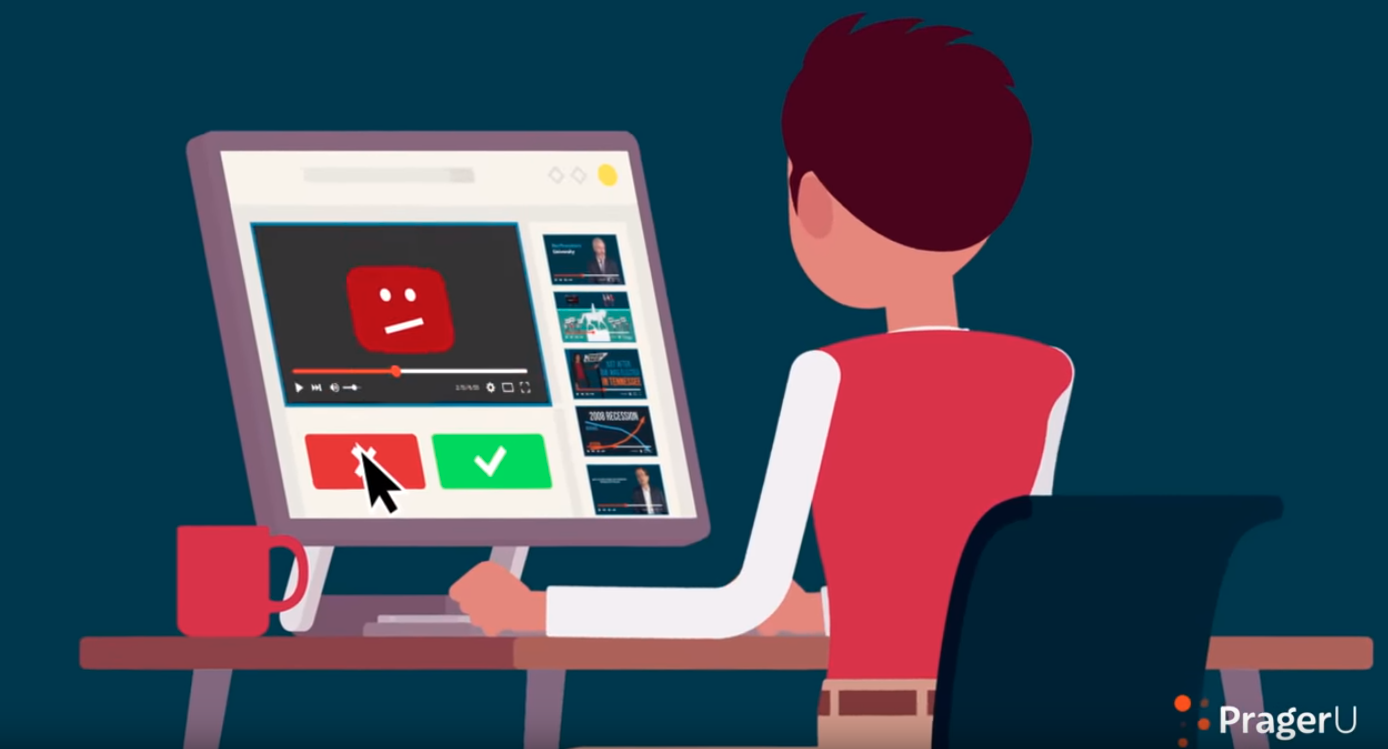 In a previous ruling, a federal court stated that “Google has no obligation to equally apply its services, or in this case, its ostensible penalties.” PragerU filed another lawsuit in January 2019.

As of August 26, more than 100 videos produced by PragerU have been placed on YouTube’s restricted list. According to YouTube, videos that “contain potentially adult content” are not available to viewers who have the restricted mode turned on. Content that falls under certain categories are automatically restricted, including material that talks about drugs and alcohol, sexual situations, violence, mature subjects such as terrorism, war, crime, and political conflicts that resulted in death or serious injury, profane language, and incendiary and demeaning content.

Some of the titles of the PragerU videos that are restricted include “The Ten Commandments: What You Should Know,” “Does Free Speech Offend You?”,  “Black Fathers Matter,” “Israel’s Legal Founding,” “What You Need To Know About Planned Parenthood,” and “Cops Are the Good Guys.”

These videos are hosted by a variety of well-known conservative figures and thinkers, like comedian Adam Carolla, LiveAction founder Lila Rose, The Daily Wire’s Ben Shapiro, Turning Point USA’s Candace Owens, classical liberal YouTuber Dave Rubin, psychologist Jordan Peterson, and National Review’s David French. The content is thoughtfully presented in a way that elevates both sides of the story, while carefully explaining the conservative’s point of view. However, YouTube has decided that these videos are “potentially adult content,” falling under the same restrictions as profanity, sexual content, or graphic violence.

YouTube’s restricted mode is used in places such as libraries, schools, and public institutions. So students trying to find a conservative point of view online in schools will not be able to access PragerU’s content.

Marissa Streit, PragerU’s CEO, said in a statement, “Our lawsuit will ensure that Big Tech companies — namely Google/YouTube — are kept in check and held accountable for their manipulation for the public.”