The New York Times wants readers to believe that to be right wing is to be evil.

In a scathing hit piece written about the conservative outlet Western Journal, Nicholas Confessore and Justin Bank smeared the website as a “potent online disinformation mill.” While the executive editor, Shaun Hair, admits openly that the content on the site is written from a conservative point of view, the Times sins it as “sensationalized, misleading, or entirely made-up.” 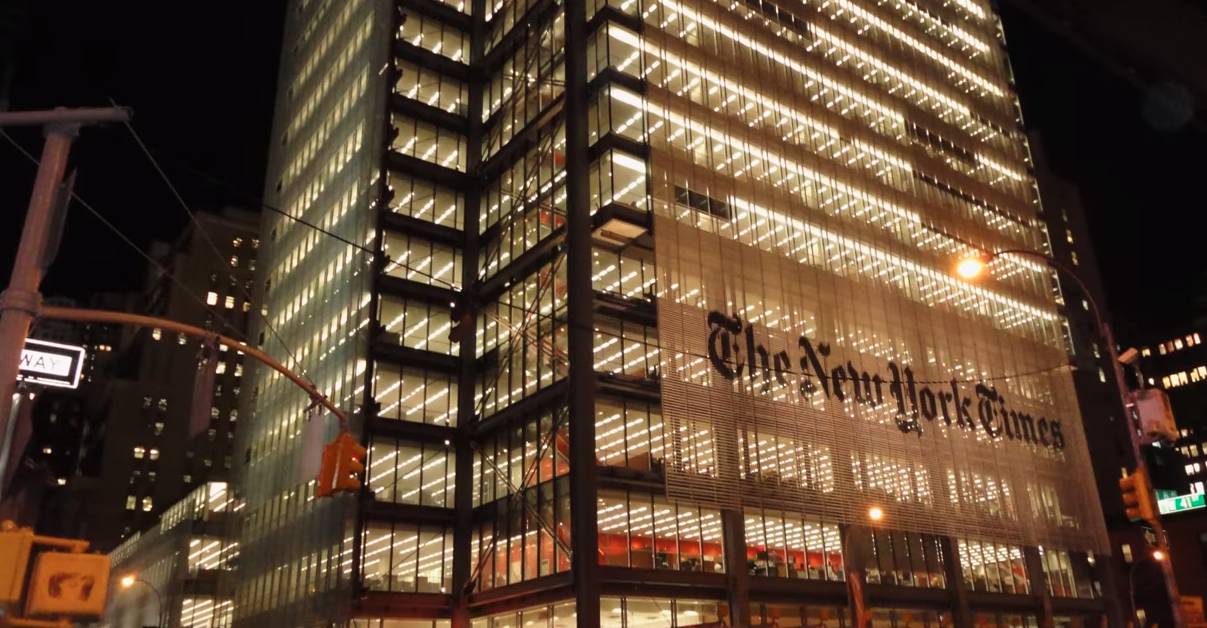 An original headline pointed fingers at the owner of the Western Journal as a “conservative provocateur.” The headline has since been changed.

While the outlet was “curating reality,” it made a number of what the Times considered to be poor choices, including partnering with prominent conservative figure Herman Cain.

Hilariously, the very partisan Times criticized Western Journal for “using misleading headlines and sensationalized stories to attract partisans.” One of the criticized pieces was about the “so-called War on Christmans.” The site supposedly “profited from their anger.” There was no mention of how the Times pushed the Russian conspiracy for more than two years.

The authors of the piece compared the Western Journal to President Donald Trump, saying that like Trump, it is battling Big Tech due to censorship. Whereas most liberal hit pieces decry conservative censorship as a conspiracy, this piece actually admitted that Google News blacklisted the Western Journal, as did Apple News.

“Entirely made up stories” that were aimed at “Muslims and immigrants” all stemmed from the Western Journal. Paired with this criticism was a quote from the head of the Western Journal, Patrick Brown. “Our No. 1 goal is to inform--truthfully,” he told reporters from the Times.

The Times begged to differ. It labelled the Western Journal as a “news outlet in reverse.” Simply because editors talked about narratives and “story finders,” the piece continued to villainize those who worked at the Western Journal.

However, the Times had another problem: almost all of the Western Journal was “aggregated” from other sites. Even though the Times is also guilty of aggregation on a scale, re-writing and attributing stories on a regular basis, it chose to be outraged at a conservative site that did the same thing.

Even worse, some of the people who wrote for the Western Journal didn’t use their real names! Perhaps not wanting the Times to do to them what it was doing to their publisher.

The entire point of the piece seemed aimed at justifying why Google and Apple blacklisted the site. It also claimed that Facebook down-ranked the site on its platform because of the false material.