Discussions among executives and employees alike revealed that Google was willing to work extra hard in order to achieve its idea of perfect diversity in its workforce. The documents, published by Project Veritas, included an email chain among employees as well as a talk given by top Google execs including former CEO Larry Page and YouTube CEO Susan Wojcicki. The employees also spoke about “fixing immigration” in America in order to welcome more diversity at Google. 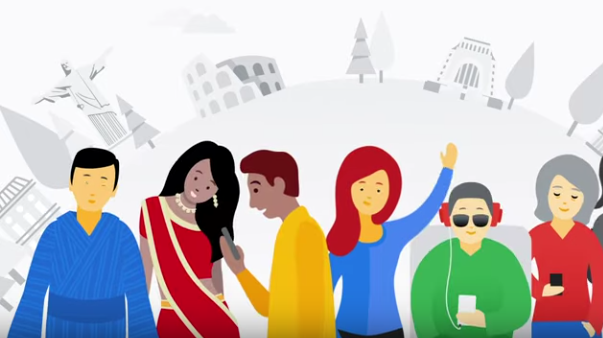 Senior Vice President of Knowledge Alan Eustace shared at a TGIF talk titled “Diversity at Google,” saying he was interested in eliminating “false negatives” when it came to diverse job candidates. He said, “We don’t get to see very many … you know, a black engineer in our pool, you know, we’re going to see like, a vanishingly small number of them.”

Eustace recommended “spending a little extra time with that candidate.” If the interview didn’t go well, he said, “why don’t we do a bunch of things just to make sure that we’re not having a false negative in this case.”  He told a story about how he was going through a packet that belonged to a failed candidate. Eustace said, “She had one bad interview. So I called her advisor, who happened to be a friend of mine. And I said, hey, did we make a mistake here? He said, yeah, you made one of the worst mistakes you’ve ever made.”

Eustace then said that Google’s hiring process was “hopelessly flawed.”

The Media Research Center interviewed Vorhies, who explained that Google had a system called the “coffee bean example.” The company wrote in one of the documents that the company wanted the most diversity to make a better “blend.” Vorhies said. “There’s a flavor of bean that’s over represented, because more of them exceed the threshold of desirability. This is an allegory to race. More people of a certain race are past the threshold. They are saying there is value in the blend. They are going to try harder to get a better blend. Their goal is cultural, but their criteria is racial.”

The company’s desire to add more diversity might lead to more political activism on the immigration front. At the TGIF diversity event, an unnamed employee stated, “One way to support hiring a large number of women engineers is actually to fix immigration.” They asked what Google was doing “to get green cards stapled to advanced degrees for STEM fields.”

The parent company of both Google and YouTube is Alphabet and its Chief Legal Officer David Drummond responded. “It’s important to have comprehensive immigration reform, so we can deal with this at all segments. In terms of the tech companies, we’ve been leaders on this for a long time,” he explained. Drummed added, “we’re part of the … we’re not part of Forward officially. Obviously those are individuals and not companies.”

Forward is an organization that lobbies for undocumented immigrants, DACA recipients, and H1B visas. Vorhies stated that by the time he had left Google, a majority of people on his team were from China, in the United States on H1B visas. Forward was founded and funded by Facebook CEO Mark Zuckerberg.

The Google staff was also very concerned about this topic going public. Software engineer Dana Dahlstrom wrote in an email chain that “I think we should be very careful about implying, especially in public, that Google might systematically treat candidates differently based on race, color, religion, sex, or national origin.”

Vorhies also said he believed that Project Dragonfly, the controversial Google project that was supposedly was building a Chinese search engine, was fake. He told the MRC that while he searched for evidence of Project Dragonfly in Google’s internal documents, he could find nothing. He stated, “They were trying to distract people from the real story.”