The massive tech monolith Google doesn’t want to be investigated or regulated.

Google CEO Sundar Pichai carefully worded his criticisms of the antitrust investigations and the calls for regulation of big tech, in a June 13 interview with CNN’s Poppy Harlow. He also defended Google as a Big Tech company, saying that “scale does offer many benefits.” Pichai made it clear he did not like the idea of regulation proposed by Democrats and Republicans alike. He said, “I worry that if you regulate for the sake of regulating, that’s a lot of unintended consequences.” 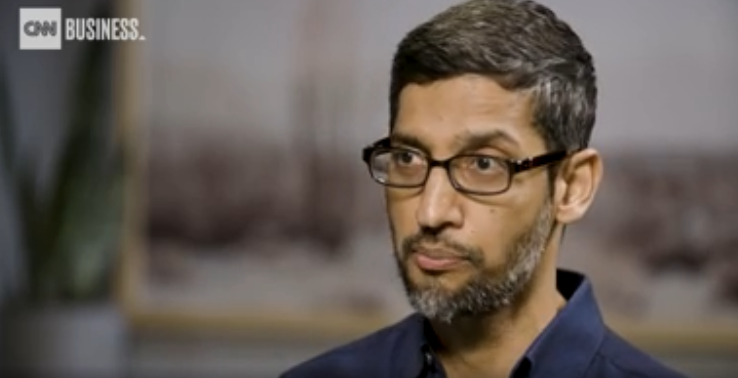 Pichai said that while he felt scrutiny of Big Tech companies like Google was “right,” and something Google would “participate constructively” in, large companies had much to offer to the world. He argued that “big companies are what are investing in technologies like AI the most,” and linked “technology leadership” to “leadership on a global economic scale.”

When Harlow asked about the call by Senator Elizabeth Warren (D-MA) for Big Tech regulation, Pichai dismissed it as “healthy debate.” He retorted, “You have to look at the actual facts.” His arguments against Warren included that Google “contributes to economic growth,” and “competes against other companies and countries.”

Pichai brought up that other countries aspire to be like Silicon Valley, but instead of regulating their tech companies, these countries “support their companies.” He also argued that “you can’t always take for granted that you will be successful.”

Harlow asked if Google would move to a country and “build more elsewhere” should the American government “squeeze” or “break apart” Google. Pichai ominously hinted that “I worry that if you regulate for the sake of regulating, that’s a lot of unintended consequences.”

Google is facing investigations from the House Judiciary Committee and the Department of Justice for antitrust regulation. The massive search engine firm dominates search with 92.4 percent of the market. It has suffered from privacy scandals and accusations of ideological censorship, but has not addressed these problems publicly.