The double standard for what counts as anti-religious material continues.

CNN reported that Amazon took down products today that were reported as “offensive.” The Council on American-Islamic Relations (CAIR) asked Amazon to take down bath mats that were imprinted with words from the Prophet Muhammed. However, Amazon sells many anti-Christian products, including one that portrays a woman using the Christian cross as a sex toy. 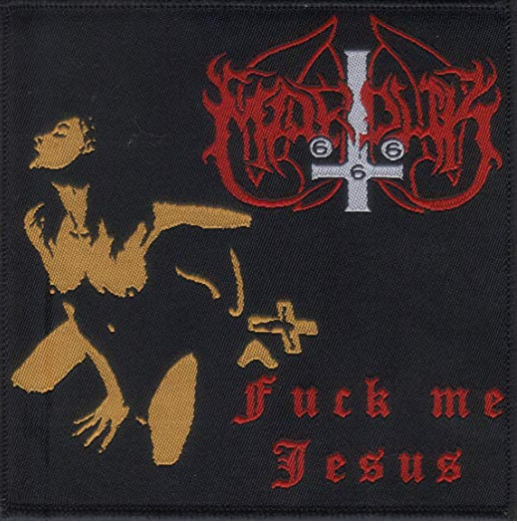 Marduk, supposedly “the most blasphemous band in the world,” sells paraphernalia from their “Fuck Me Jesus” album, which includes a woven patch and a t-shirt with an image of a naked woman in a lewd position holding the crucifix. The site also sells a t-shirt with the same image on it.

Amazon’s policies prevent users from selling “offensive and controversial materials.” The site outlines point out that products “promoting intolerance based on race, religion, and sexual orientation,” will be removed. While the “Islamophobic” products were removed, the anti-Christian products remain.

If lewd, blasphemous imagery isn’t your thing, Amazon offers a simple “I hate Jesus” pillow, sold for the low low price of $7.80.

On the same scale, a men’s graphic t-shirt is also sold on Amazon with the caption, “Who the Fuck is Jesus?”

Or perhaps, if like the Council on American-Islamic Relations, bathroom decor tinted with the art of your religion offends you, there is a Vintage Decor Home Shower Curtain, which shows a mosaic of the Crucifixion scene. 18 different variations of this are sold on Amazon. 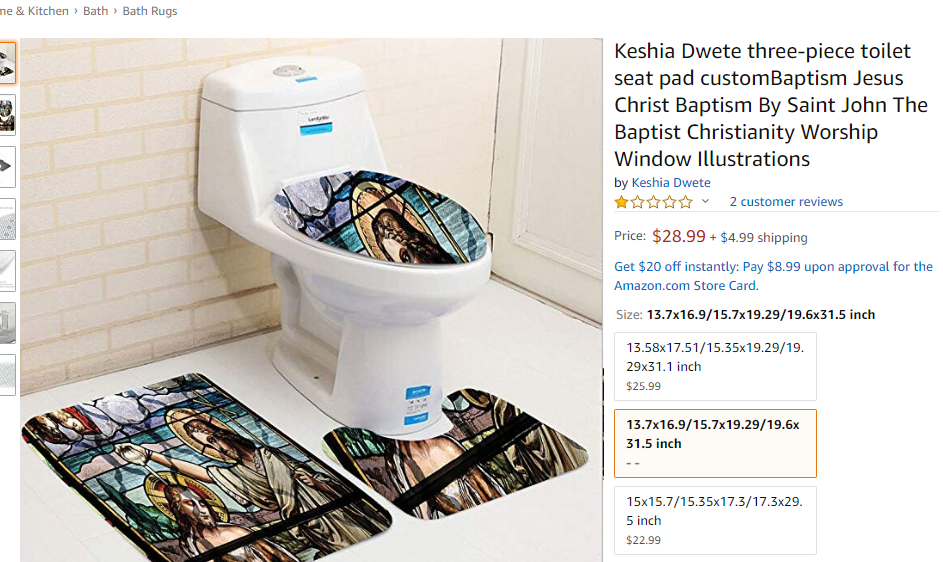 But that’s not even the most offensive: there is a toilet cover decorated with scenes from the Baptism of Our Lord. Christ’s face is situated at the foot of the toilet. There is even a review on the site of this product that begs Amazon to take it down.

A spokesperson for the CAIR even pointed out the inappropriateness of having these products sold on Amazon. “I don’t think it would be appropriate to have a toilet seat with the image of a Bible on it either,” said Ibrahim Hooper. “It’s just inappropriate stuff.”