In an e-mail to Fondacaro, Twitter stated in part that “we apologize for any inconvenience this may have caused” and “[a]fter reviewing your account, it looks like we have made an error.”

Below is the original post from MRC TechWatch's Corinne Weaver.

Twitter really does cover for CNN. So much so that you get suspended even when you don’t break any rules. 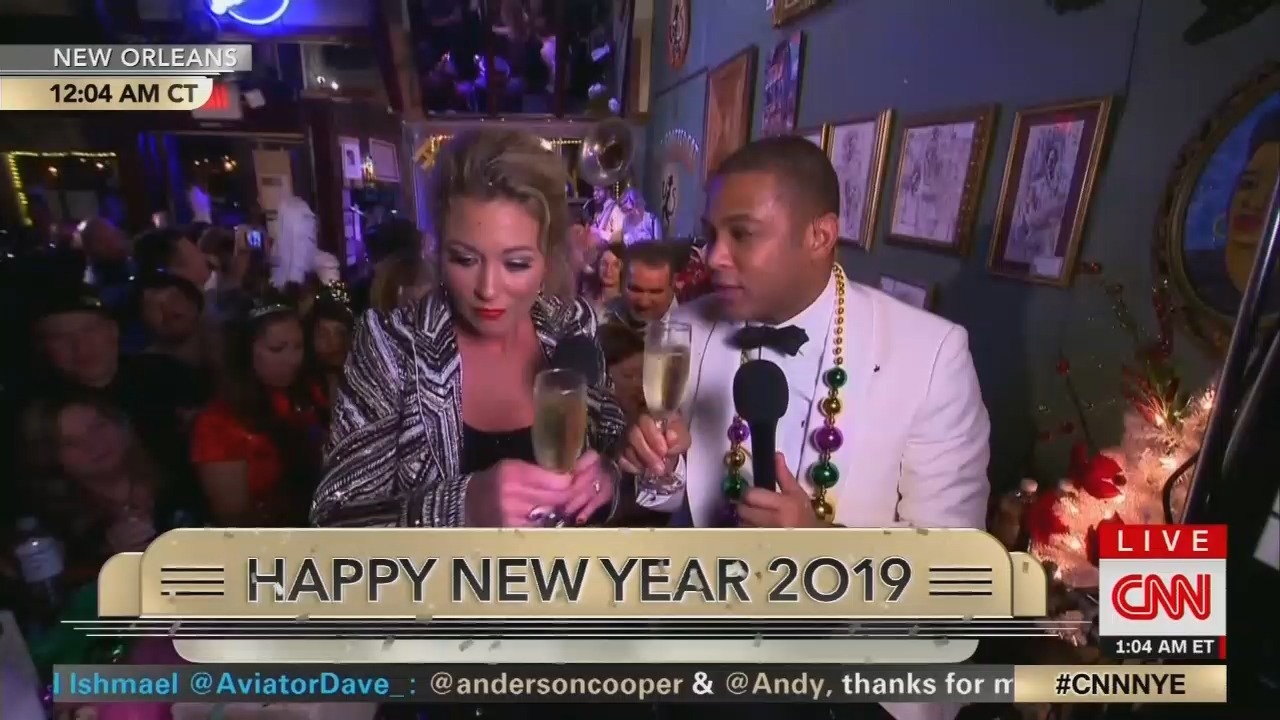 NewsBusters Analyst Nicholas Fondacaro was suspended from Twitter on January 2 after posting a tweet with a story criticizing CNN anchor Don Lemon. The story in question described Lemon as “salivating” over Nancy Pelosi becoming speaker of the House. The tweet read, “Fresh from his drunken #CNNNYE bender, @CNN’s @donlemon salivates for Nancy Pelosi becoming speaker.”

Twitter suspended his account for this tweet, saying that it “promoted violence against, threatened, or harassed other people on the basis of race, ethnicity, national origin, sexual orientation, gender, gender identity, religious affiliation, age, disability, or serious disease.”

For hinting that Don Lemon was drunk on New Year’s Eve, Fondacaro was considered to be violating one of the 10 categories that he clearly didn’t violate.

But if that criticism was a violation, then what about The Washington Post, which ran a story on all the drunk CNN news anchors? The Post wrote that “Anderson Cooper, Don Lemon Brooke Baldwin and Randi Kaye spent the night drinking shots, champagne and vodka-sodas.” Was that a violation?

What about Huffpost’s Amy Russo, who wrote a story with the headline, “Don Lemon Sings, Holds Puppies, Gets ‘Lady-Lit’ for NYE?”

CNN anchor Brooke Baldwin even tweeted out, “Thanks to all of y’all who watched, tweeted, and got #drunkdonlemon trending another year.” This was not considered offensive to Twitter. 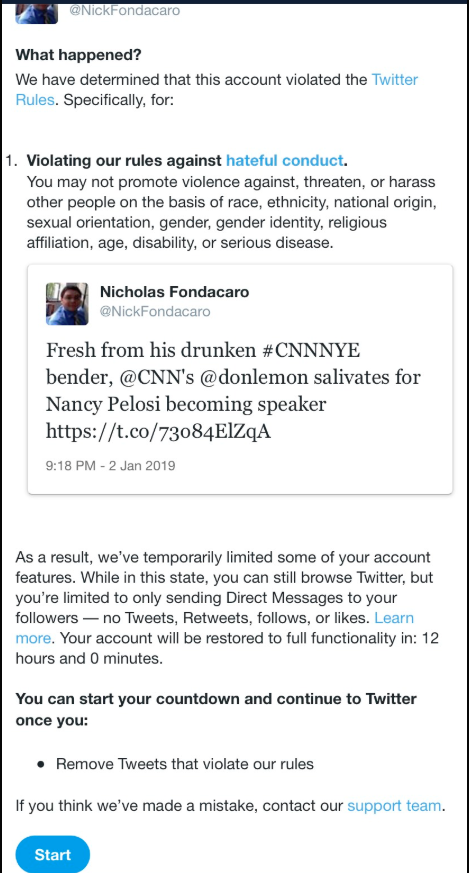 As for the rest of the tweet, “salivating” was Lemon’s own word used to describe Democrats in Congress.

Fondacaro was told to delete the tweet in order to regain his account, but he appealed the suspension this morning and has not heard back. The MRC is reaching out to Twitter for comment.