Pro-life advertisements on Twitter are censored immediately. But ads for female genital mutilation? Those got approved.

The Dawoodi Bohra Women for Religious Freedom posted a tweet on September 9 promoting khafz, or female circumcision. This tweet was allowed by Twitter Ads to become a sponsored tweet, popping up in people’s feeds randomly. The group, a branch of the Shi’ite Muslim community, promotes female circumcision and claims that it has been “wrongly classified as female genital mutilation [FGM].” 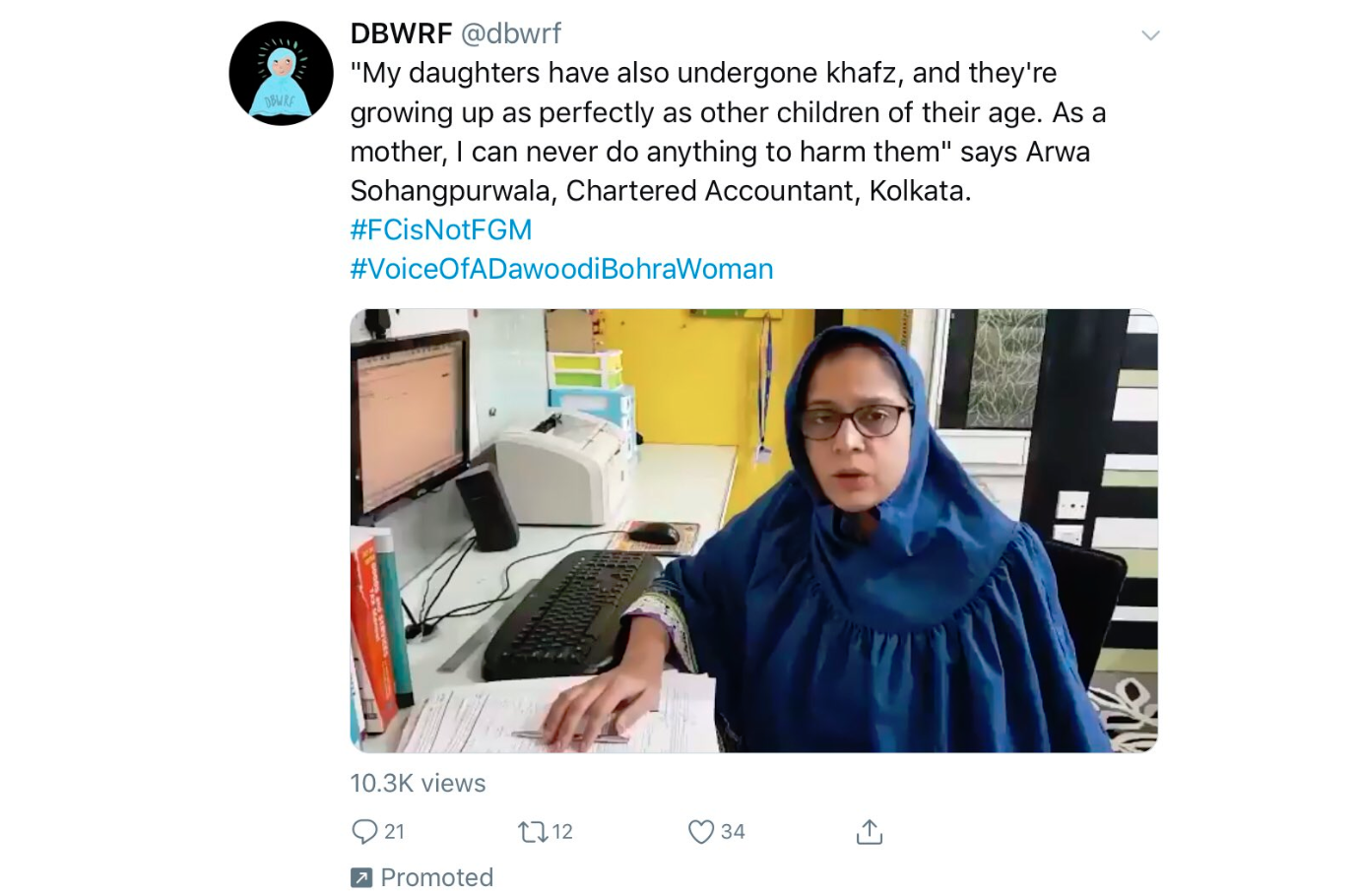 On September 13, the tweets were no longer promoted. Twitter Communications told the Media Research Center in an exclusive statement, “These self-promoted Tweets were found to be violation of our ads policies. We took action and suspended the campaign immediately.”

The promoted tweet included a video of Arwa Sohangpurwala, a Dawoodi Bohra member, saying that, “My daughters have also undergone khafz, and they’re growing up as perfectly as other children of their age. As a mother, I can never do anything to harm them.”

However, the Dawoodi Bohra community has had its members speak about against FGM, launching a petition calling for a ban in India. Irfan A Engineer, vice-president of the Central Board of the Dawoodi Bohra Community, told the Guardian in March 2018, “Khafz isn’t mentioned in any religious text, particularly in the Qur’an. But some devotees blindly follow the syedna while others are too scared to disobey because they fear they will be ostracised.”

That’s not the way pro-life organizations are treated. Pro-life group Live Action has had its ads suppressed by Twitter for years, blocking ads with information about Planned Parenthood and ultrasound images as “inflammatory or provocative.” But when it comes to a Muslim group promoting female genital mutilation, Twitter had no problem letting the ad through for a full five days before realizing its mistakes.

Twitter’s official statement made no mention of whether any employees had been disciplined or fired over the incident.