Denial might be a river in Egypt but today it looked an awful lot like the Potomac.

At the Energy and Commerce hearing about Twitter on Sept. 5, Twitter CEO Jack Dorsey answered many questions about his platform, but one topic he completely denied — bias. When asked repeatedly by representatives if Twitter engaged in conservative censorship of any kind, Dorsey only had one answer: “No.” He was asked three times in a row and each time had the same answer. 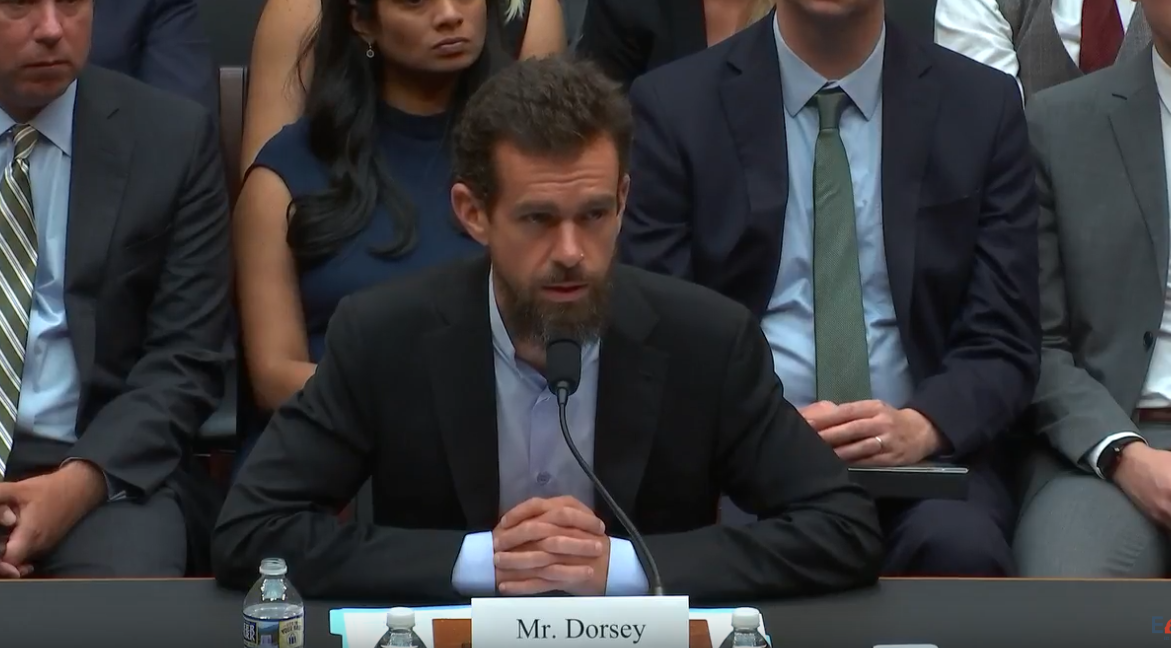 Republican representatives Steve Scalise (R-LA) and Michael Burgess (R-FL)  brought up the horrible doctored photo of Meghan McCain being targeted by a gun and Rep. Marsha Blackburn (R-TN) having her political ad banned from Twitter. Dorsey acknowledged both of these incidents as mistakes made by Twitter (he even said he planned to apologize to McCain.) But he still refused to admit that there was a bias against conservatives on his platform.

While he did admit that more than 600,000 users were shadowbanned thanks to an algorithm glitch, and he did admit to there being an unequal balance of who was restricted, Dorsey did not say whether the bias leaned in favor of Democrats or Republicans.

At one point, when questioned about the rules and policies that control Twitter, Dorsey admitted: even Twitter users can’t understand the rules. He confessed that Twitter was “working on it” to fix the confusion.

When a  question was raised about the verification process on Twitter, not only did Dorsey say that the process needed to be re-done and improved, but also that verified users did in fact have their content prioritized over other users.

Dorsey explained that in order to measure “conversational health,” the algorithm had to measure shared facts vs. alternative facts, or what he called “false facts.” Sen. Kennedy (D-MA) dryly told Dorsey that “I have no idea what a false fact is.”

Rep. Barton (R-TX) told Dorsey that his denial of conservative censorship “was hard to stomach.”

It’s hard to stomach for conservatives on Twitter who have had problems on the platform. Lila Rose founder of the pro-life organization LiveAction tweeted, “Jack says Twitter does not ban content based on ‘viewpoint or ideology.’ He’s wrong. My account and LiveAction’s account have been banned from advertising for years. Because we’re pro-life. Twitter told us our videos, tweets, and even our website is ‘inflammatory.’”

GOP Chairwoman Ronna McDaniel, who was shadowbanned by Twitter, tweeted, “I hope Twitter uses this opportunity to give the American people much-deserved answers about their shadow banning of conservatives’ accounts. #StopTheBias.”

And NRA spokesperson Dana Loesch tweeted, “A question for @Jack: I’d like to know why Twitter ignored a grand jury subpoena and refused to release info in my stalking case while simultaneously cooperating with Eichenwald.”

However, House Democrats denied any importance to the hearing or the reason for its existence, repeatedly calling the concept of conservative censorship “a conspiracy theory.” Rep. Diana DeGette (D-CO) called it “an invented borderline conspiracy theory,” while Rep. Michael Doyle (D-PA) called it “a load of crap.”