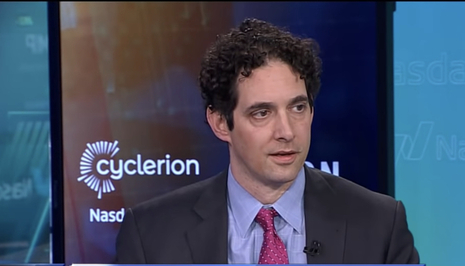 As Media Research Center President Brent Bozell said, “Twitter is a proxy for government censorship. Now we have the proof of what we knew was going on all along."

Berenson had repeatedly criticized COVID-19 measures such as “government lockdowns, mask mandates and mRNA vaccines,” which seemingly prompted Twitter to ban him in August.

Stopping short of agreeing with Berenson’s point of view on COVID-19 measures, The Journal’s editorial board detailed that political officials and social media companies had made mistakes amid the pandemic.

“Twitter is a private company. But evidence of a direct connection between White House pressure and Twitter censorship bolsters the argument that social-media platforms can be sued as ‘state actors’ for restricting speech in violation of the First Amendment,” The Journal Editorial Board wrote.

In fact, the Editorial Board wrote, measures like lockdowns did “great harm” and highlighted the need for “robust debate.” Furthermore, the government has a constitutional obligation not to target free speech.

The Twitter Slack messages noted that White House officials pushed Twitter to take action against Berenson. “‘[White House COVID-19 advisor] Andy Slavitt suggested they had seen data viz [visualization] that had showed he was the epicenter of disinfo that radiated outwards to the persuadable public,’” Berenson quoted one message.

Pressure increased after the meeting between Twitter and White House officials in April, Berenson wrote, until Twitter banned him in August in 2021.

The board said that Berenson showed that White House officials tried “to conscript the platform into silencing him,” and wondered if Berenson had been the only target. “Have Biden officials pressured other platforms to censor users who express contrarian views on other topics such as climate change?” The Journal asked.

Newly released internal messages between Twitter staff show a Slack discussion of an April 2021 meeting with the White House, according to Berenson’s Substack. Berenson indicated that more “messages, emails, and internal documents” would be coming.

Twitter banned Berenson in August 2021 for spreading alleged COVID-19 “misinformation.” Berenson then sued Twitter in December. The platform reinstated Berenson in July after he settled the lawsuit, which accused Twitter of acting “on behalf of the federal government in censoring and barring him from access to its platform.”

As The Journal Editorial Board concluded, “A condominium of Big Tech and government is itself a hazard to public health and democracy.”