The Biden White House will announce the launch of a task force today supposedly to help prevent online abuse, including so-called “gendered disinformation.” Is this a Disinformation Governance Board 2.0 in disguise? 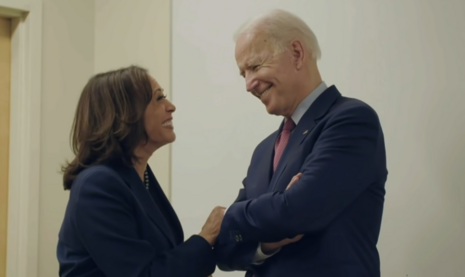 The task force will be unveiled by Vice President Kamala Harris and will also target things like “stalking,” “non-consensual distribution of intimate digital images” and “sexual harassment,” according to the memo.

“Nothing good can come out of the White House Gender Policy Council, especially when they collude with Big Tech,” tweeted Media Research Center President Brent Bozell about the “task force.”

The White House memo states that the task force will expand governmental “data collection” and will focus its efforts toward the federal and local levels as it works to combat alleged “disinformation” and “technology-facilitated gender-based violence.”

According to the memo, by Dec. 13, the task force will develop a set of policy recommendations for a “whole-of-government approach.”

Members of the task force will include Defense Secretary Lloyd Austin, Secretary of State Anthony Blinken, Secretary of Homeland Security Alejandro Mayorkas and many other government officials.

The Post highlighted how recent mass shooters had histories of online threats and extremism. “We see this over and over again, we see issues of extremism and how they turn into violence,” The Post quoted an unnamed “White House official” as saying. But The Post failed to mention that one of those shooters – the man in Buffalo, N.Y. – identified himself with an extremist leftist ideology, expressing hatred for founding Editor-in-Chief of The Daily Wire Ben Shapiro and Fox News personalities, The Washington Examiner reported.

No one wants violence and abuse online, but leftists have cited these issues as a facade for their anti-free-speech agenda before. Amazon deplatformed pro-free speech app Parler, and claimed it hosted “violent content” leading up to Jan. 6. Big Tech also deplatformed then-President Donald Trump allegedly for inciting or encouraging violence, even as he called for peace.

Those connected to the DGB proved to be hypocritical in their supposed objectivity. MRC Free Speech America previously uncovered how DGB co-chair Jennifer Daskal and DGB advisor Chertoff had ties to leftist billionaires George Soros and Bill Gates. MRC Free Speech America also uncovered how DGB advisors and a member shared false information in the past.