MEET THE NEW BOARD: Biden DGB Advisors Hint New Board Will Be Same as Last One

The Orwellian Disinformation Governance Board may be paused, but it’s not yet disbanded. And President Joe Biden’s chosen consultants indicate that the board still plans to censor Americans. 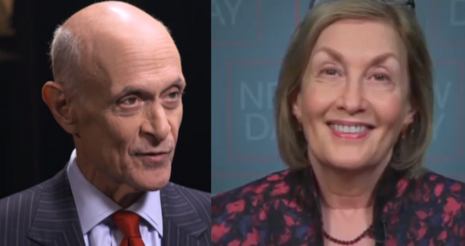 If the Biden administration’s picks for advising the Disinformation Governance Board (DGB), or “Ministry of Truth” from George Orwell’s 1984, are any guide, the DGB 2.0 will be no less authoritarian than DGB 1.0, despite the departure of self-styled “Mary Poppins of disinformation” Nina Jankowicz.

The Heritage Foundation explained why Gorelick poses free speech concerns. Gorelick was exposed as being responsible for the pre-9/11 information block that was identified by the 9/11 Commission as a contributing factor in the terrorist attack.

“To put Gorelick, the director of the information wall of separation, in charge of disinformation lacks self-awareness at a minimum, and handicaps [the administration’s] own efforts to garner public trust in their disinformation efforts,” Heritage said.

Gorelick helped create a historic crisis through blocking and restricting information before, according to Heritage. If she stays on the DGB, the American people could face another crisis involving information being blocked or restricted.

The left has seemingly only increased its commitment to censorship since the Democratic National Committee (DNC) released its pro-censorship “Recommendations for Combating Online Misinformation.” Over twenty Democrat lawmakers again recently pressured tech platforms Telegram, Signal and Facebook-owned WhatsApp to step up censorship efforts, according to Reclaim The Net. The lawmakers insisted in a letter to WhatsApp and parent company Meta that company executives should target “disinformation” on the platform to protect the “Latino population.”