Project Veritas reportedly issued a letter with details on the secret orders to Microsoft. Reclaim The Net reported that the information about Microsoft came out while a case was before a federal judge concerning an FBI raid on the homes of Project Veritas founder James O’Keefe and two other Project Veritas employees. 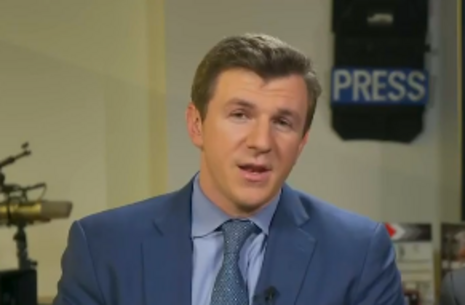 Reclaim The Net reported that the U.S. Department of Justice (DOJ) issued nine secret subpoenas and warrants to tech giants Google and Apple between November 2020 and March 2021.

The orders required Apple and Google to hand over information concerning “Project Veritas and its security detail,” Reclaim The Net wrote. The DOJ reportedly compelled the tech companies not to disclose the fact that they were giving the government the private information.

A February subpoena on a Project Veritas gmail account, reportedly shared by Reclaim The Net, said it was issued due to “an official criminal investigation of a suspected felony.”

The subpoena demanded “[a]ll subscriber identifying information” for the gmail account, including “social security number,” “[b]rowser and operating system information,” “date of birth” and “address,” according to Reclaim The Net.

The letter posted by Reclaim The Net included extensive details on the court’s order regarding Microsoft and Project Veritas, including FBI search warrants. One reported FBI “Search Warrant and Non-Disclosure Order” to Microsoft listed several Project Veritas emails and claimed the accounts “contain evidence, fruits, and instrumentalities of crime.”

Project Veritas founder James O’Keefe told Fox News host Sean Hannity that his home was raided, and his cellphone with confidential donor information confiscated, by the FBI. O’Keefe said that during the raid, FBI agents had a battering ram and that he was handcuffed and thrown against the hallway.

Conservatives are under attack. Contact your representatives and demand they hold Big Tech to account to provide transparency, provide clarity on hate speech and an equal footing for conservatives. If you have been censored, contact us using CensorTrack’s contact form, and help us hold Big Tech accountable.