If an establishment-challenging journalist receives a death threat, does Big Tech take the side of the victim or the victimizer? Journalist Andy Ngo said Twitter censored him with the claim that he violated the platform’s private information policy after he posted purported screenshots of a death threat against him. 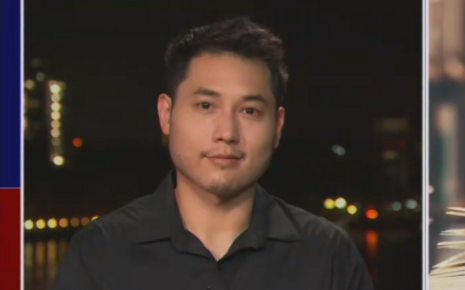 Editor-at-large for The Post Millennial and investigative journalist Andy Ngo said he tweeted a screenshot of a death threat email that he received. The email said, per screenshots posted on GETTR, “Andy, I’m hopeful that someone puts a bullet in your head. That would be hilarious!!!! Die motherf***er … die.”

Ngo purportedly tweeted the email message with the comment, “I experience this often where antifa lie about me to the point that others believe I'm a neo-Nazi who should be murdered (& they act on that belief). Sympathy is powerful & antifa seek to squash this human impulse so that you feel nothing when you see them beating their victims.”

The journalist said Twitter locked him out of his account because of the post. Ngo became famous for exposing Antifa and Black Lives Matter activists and riots.

According to a screenshot Ngo also shared on GETTR, Twitter subsequently removed the tweet, claiming it was “[v]iolating our rules against posting private information.” The Post Millennial responded to screenshots of Ngo’s purported post, saying, "The private information? An obviously fake email address which was attached to a death threat.” The outlet said it censored the information in question in the tweeted screenshot because “@TwitterSupport is doubling down.” Twitter rejected the journalist's appeal of its censorship, according to screenshots provided by The Post Millennial.

This isn’t the first time Big Tech has censored Ngo. Ngo said Facebook removed one of his posts in April 2021 that linked to a story about a radical Antifa member. He also said SoundCloud banned his podcast "Things You Should Ngo with Andy Ngo" in June 2021. Ngo’s investigative journalism has caused controversies outside the tech sphere, too. Antifa activists beat up Ngo at a Portland protest in 2019.