What Could Go Wrong? Apple to Bring State-Issued Digital IDs to Phones 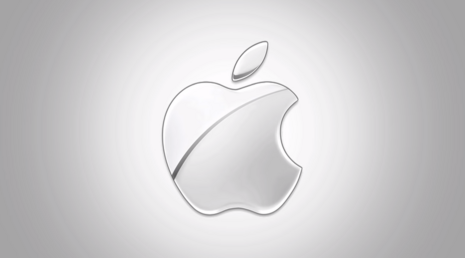 Apple is driving full speed into a new arena that could create new controversy. The anti-free speech Big Tech company has reportedly teamed up with state governments to turn iPhones into digital identification cards. What could go wrong?

CNBC reportedly obtained confidential documents concerning the rollout of state-issued digital identification (ID). The program set for some half dozen states reportedly gives Apple most of the power while forcing states to fund the initiative. The documents reportedly reveal that states will have to allocate “personnel and resources” to support the digital ID launch, perform “quality testing” and offer the new digital IDs “‘proactively’” and at zero extra cost to citizens getting the ID, CNBC wrote. States will also reportedly have to encourage adoption of the digital IDs with “key stakeholders in federal and state government” such as law enforcement and the Internal Revenue Service.

The move to give Apple power over IDs is a potentially concerning one in light of Big Tech persecution of free speech. “I don’t know of any other example where government-owned systems and identity credentials were made available for commercial purposes in this manner,” tech consultant Jason Mikula reportedly told CNBC.

Apple will have approval power over all marketing but states must “‘prominently feature the Program,’” CNBC reported. Apple is reportedly asking states to follow International Organization for Standardization security requirements, which Apple helped develop, according to CNBC. The states, however, will reportedly be paying for all of these various efforts, putting the burden on taxpayers. Georgia and Arizona will reportedly be the first states to roll out digital driver’s licenses with Apple Wallet.

Apple reportedly has near-total control of the new digital ID program. Apple’s “‘sole discretion’ for key aspects of the program” include the date of program launch, requirements for states to report on the initiative’s performance and what device types will be compatible with the digital IDs, CNBC reported. “It’s like a vendor relationship, which makes no sense to me because it’s the states that have the monopoly on what they’re giving to Apple,” Mikula reportedly commented to CNBC.

The program raises questions about surveillance and security for those familiar with Big Tech companies and their penchant for targeted censorship.

This is not the first time the tech sector and government have teamed up in potentially problematic ways. The Department of Homeland Security (DHS) was reportedly “considering hiring private companies to analyze public social media for warning signs of extremist violence” in August, according to The Wall Street Journal.

It’s also not the first time Apple has proposed potentially invasive technology. Apple was criticized for its ties to communist China in April. Apple also came under fire in September for proposed invasive iPhone technology to help diagnose depression, autism and cognitive decline through the collection of detailed personal data. Apple reportedly included COVID-19 contact tracing technology in a 2020 iPhone update as well.

Conservatives are under attack. Contact your representatives and demand Apple provide transparency: Companies must be held accountable, while giving weight to privacy concerns. If you have been censored, contact us using CensorTrack’s contact form, and help us hold Big Tech accountable.