The contract between the Big Tech giants and Israel, Project Nimbus, is a lucrative one, but it appears that numerous Google and Amazon employees see Israel as anything but the Promised Land. The “internally” and anonymously signed letter from “more than” 300 Amazon and “more than” 90 Google employees was published in The Guardian. The letter pushed a leftist narrative, condemning not only Israel, but U.S. Immigration and Customs Enforcement (ICE) and police as well. The letter called support of all these entities “a disturbing pattern of militarization.” 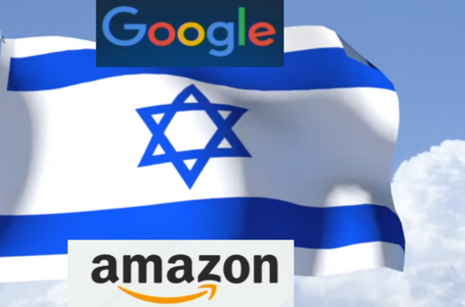 The Amazon and Google employees attempted to claim a moral high ground. “We are writing as Google and Amazon employees of conscience from diverse backgrounds. We believe that the technology we build should work to serve and uplift people everywhere, including all of our users,” the letter opened.

“As workers who keep these companies running, we are morally obligated to speak out against violations of these core values.”

The employees called on “the leaders of Amazon and Google to pull out of Project Nimbus and cut all ties with the Israeli military.” The letter added, “We are anonymous because we fear retaliation.”

The employees did not clarify what “retaliation” they feared or on what, if any, grounds their fear was based.

The Amazon and Google employees cited a list of alleged Israeli crimes. “We cannot look the other way, as the products we build are used to deny Palestinians their basic rights, force Palestinians out of their homes and attack Palestinians in the Gaza Strip – actions that have prompted war crime investigations by the international criminal court,” the letter added.

The letter’s information appears wholly one-sided against Israel. Palestinians in Gaza are controlled by Hamas, which was designated as a terrorist organization under President Bill Clinton back in 1997. The Palestinians have also refused multiple deals with Israel to receive their own country, preferring to seek to take over Israel “from the river to the sea.”

Google and Amazon won the $1.2 billion Project Nimbus contract in April over other companies, including Microsoft, according to Yahoo! News. Amazon further reportedly signed a $50 million contract with Israel’s Department of Defense “to identify unrecognizable objects from its drones and aerial footage.”

Conservatives are under attack. Contact Google at (650) 253-000 and contact Amazon at (206) 266-1000 and demand that the platforms be held to account to provide transparency and equal footing for conservatives. If you have been censored, contact us at the Media Research Center contact form, and help us hold Big Tech accountable