Google’s filing with the Federal Election Commission (FEC) claims emails from participating campaigns won’t be “subject to regular spam detection algorithms.” But Sen. Steve Daines (R-MT) flagged the FEC’s approval timeline as one of several concerns associated with the pilot, which comes at a critical time as GOP and Democratic campaigns briskly move forward just four months ahead of the 2022 midterm elections. 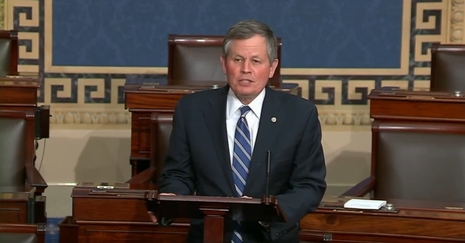 “It is difficult to see how the proposed filing with the FEC to conduct a pilot program accomplishes anything beyond delay and distraction from reforming [Google’s] practices to allow for transparent, fair and equal treatment of Republicans and Democrats,” Daines told MRC Free Speech America in an e-mail. “Response for permission to conduct the six month pilot may take 18 months. It isn’t acceptable to allow one political party unfair and unequal advantage of this significance on such a dominant platform critical to the outcome of elections.”

In addition to being spared from having their emails sent to spam, pilot participants would receive data about inboxing rates to verify that correspondence is being routed to recipients’ main email folders, according to the filing by law firm Allen & Overy on behalf of Google. Here is a link to the filing: GoogleFECFiling.pdf.

In an e-mail to MRC Free Speech America, Google spokesperson Jose Castaneda denied that his company filters emails based on political affiliation.

“We recently asked the FEC to authorize a pilot program that may help improve inboxing rates for political bulk senders and provide more transparency into email deliverability, while still letting users protect their inboxes by unsubscribing or labeling emails as spam,” he wrote in an email. “We look forward to exploring new ways to provide the best possible Gmail experience.”

"By picking and choosing which voices are heard based solely on their ideological bias, big tech companies are destroying the fabric of our country,” a Scott spokesperson told MRC Free Speech America in an email. “Google's half measure response to the issues the senator raised did not mollify his concerns." 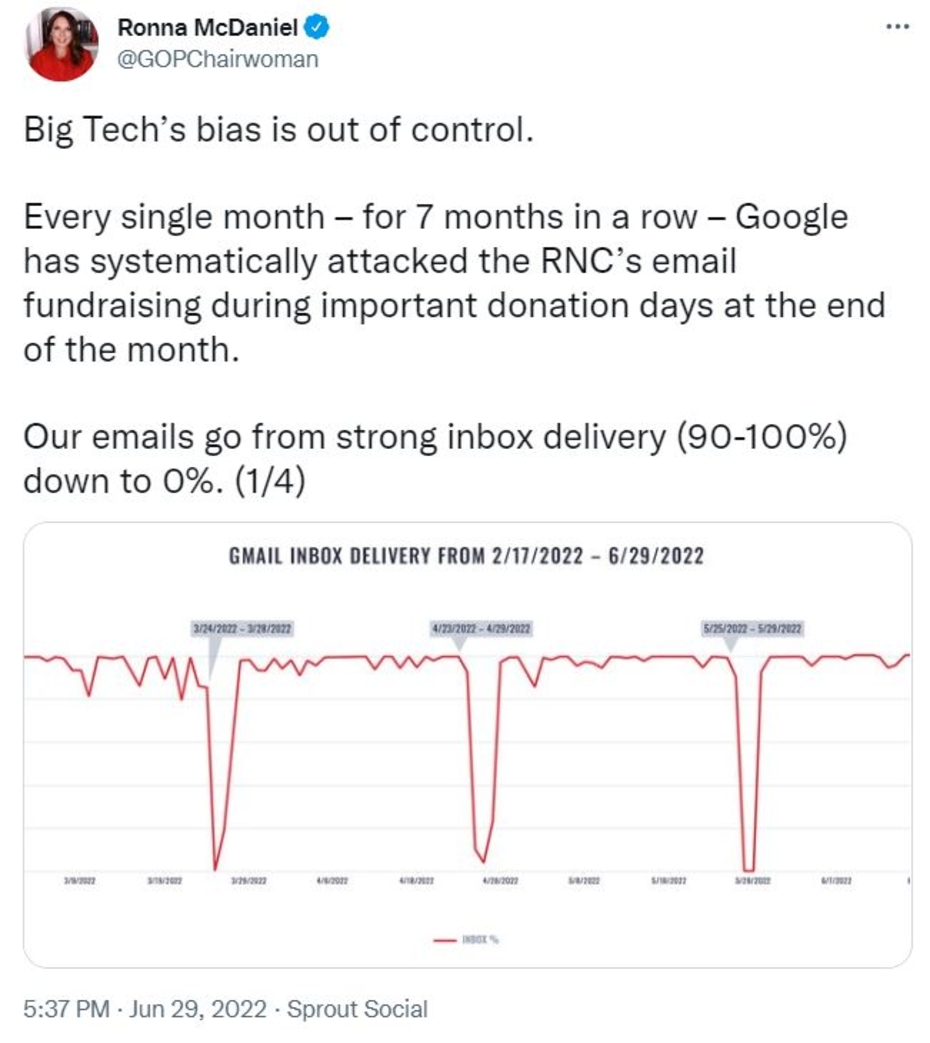 Among other things, the bills would require email companies like Gmail to release quarterly transparency reports, which would have to note the number of times that email providers flagged respective GOP and Democrat campaign emails as spam.

GOP lawmakers and the RNC reportedly told The Washington Times Friday in a statement that Google’s practice of sending Republican campaign emails to spam filters cost the Republican Party $2 billion in fundraising since 2019.

Though “pilot” programs are usually temporary in nature, a Thune spokesperson said the senator’s bill would require aboveboard Gmail practices with regard to GOP campaign emails in future elections.

“It’s a positive step, but more needs to be done,” Thune spokesperson Ryan Wrasse said about Google’s proposal to the FEC. “Consumers want a long-term, transparent fix, which is what Sen. Thune’s bill would provide.”

Conservatives are under attack. Contact Google at 650-253-0000 and demand it mirror the First Amendment while providing transparency and an equal footing for conservatives. If you have been censored, contact us at the Media Research Center contact form, and help us hold Big Tech accountable.