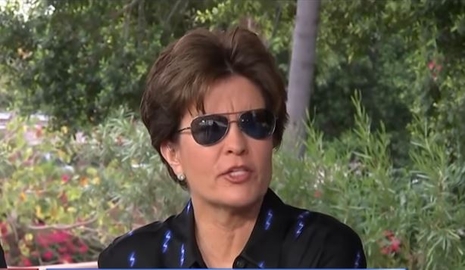 Kara Swisher, who hosts the publication’s “Sway” podcast, was a guest on MSNBC’s Morning Joe where she discussed content moderation.

"What does it mean for Twitter itself, which has been under some scrutiny from the right, especially for censoring certain voices there," Geist asked. "Do you think this actually changes the company?"

"Well, you are using the team 'censors,' other people don’t agree with that, so I am going to push back on that. I think it's they have content moderation like a lot of these social network sites, and the biggest one obviously is Donald Trump," she said.

Swisher added that many people were “worried” that Elon Musk, the platform’s largest shareholder, would allow Trump’s return to the platform:

"So what they did is on January 8th, they suspended him permanently, which is kind of a permanent word, and the question is, a lot of people had pushed back on that, including Elon at the time, because even if you agree he broke the rules, only one person decided that, right, on this platform and it was an important platform for Donald Trump. I think people are worried that he’s going to bring back Donald Trump. I think on the left, I think that’s one worry. Others are worried that he’s going to allow all kinds of … bile to run over Twitter when they’ve been trying to clean it up."

The hosts of the show did not question her assertions. At the end of 2021, Swisher boasted in The New York Times "after Joe Biden is inaugurated, Mr. Trump should be treated like any other mendacious loudmouth, and Twitter will be well within its rights to put a sock in it."

Meanwhile, The Babylon Bee’s account has not been restored. CEO Seth Dillon told his followers Thursday that the site has not deleted the tweet about Rachel Levine that Twitter deemed “hateful,” so the account remains locked.