Nunes: Fighting Big Tech Is ‘Battle of All Battles’

Devin Nunes, CEO of Trump Media & Technology Group, discussed with Breitbart his plans for the company. 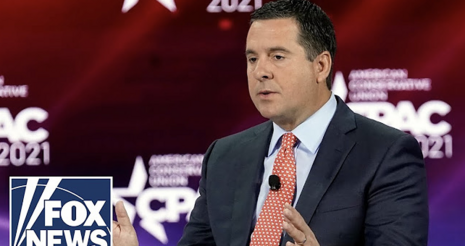 Nunes was a congressman but left office to take on Big Tech. He said the company hopes to launch a social media platform by the end of March.

“Right now, we’re looking at by the end of the first quarter,” he told Breitbart in an exclusive interview. “We’re going to come out when it’s ready to come out.”

Nunes said people from all over the world are working on the project. “We have people from every corner of the United States and around the world that want to come work for us.”

“There are people that are essentially sick and tired of the Silicon Valley craziness and the left-wing crap going on,” he said.

When he discussed the growing popularity of Parler and GETTR, he said that the group’s goal was to surpass social media platforms run by “woke corporations” like Meta and Twitter.

“There’s plenty of room out there for multiple platforms. But if you’re woke, you’re using algorithms and you’re poisoning not only the United States — but the world — because you have a dominant monopoly on the market, it’s wrong,” he said.

He noted that the company would not use algorithms to take user data.

“We’re not going to use algorithms. We’re not going to steal your data. We’re simply going to allow you to post like it used to be back when a lot of these social media platforms were in their early stages. People just posted, they got to post to their friends and they weren’t being served up, you know, sewage,” he added.

“It’s always going to be a challenge, but we’re not going to be just some free-for-all. Like, let everybody just post stuff that is illegal, or that you wouldn’t want your grandma or your daughters to see,” he said. “The goal is to protect our users. Nobody’s stealing their data. Nobody’s threatening their kids online — that won’t be tolerated.”