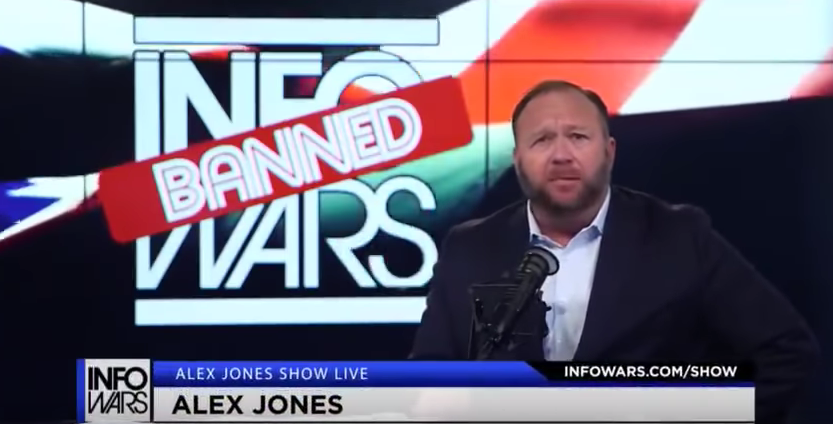 A little over a week after Twitter CEO Jack Dorsey diverged from other tech giants by stating that Alex Jones would be held to the same standard as every other account, rather than succumbing Twitter succumbing to outside pressure to ban him, Twitter has given Jones a temporary seven-day suspension.

CNN’s Oliver Darcy, who has been spearheading the campaign to get Jones kicked off social media platforms, said a Twitter spokesperson told him that under Twitter’s temporary suspension, Jones will be able to browse his Twitter account, but will not be able to post.

Jones, who has repeatedly made false and outrageous claims, including stating that the Sandy Hook massacre was a hoax and that 9/11 was an inside job, was also reportedly required to delete a tweet that earned him his suspension. According to the New York Times, the offending tweet involved Jones, talking in a video, about “battle rifles.”

Jones’ temporary Twitter suspension comes as people plan to protest the site on August 17 for its alleged lack of action against Jones. The “#DeactiDay” protest is allegedly meant to "[s]how Twitter you won't be part of a place that tolerates bigotry and abusive information, specifically from Alex Jones." It encourages users to deactivate their accounts on the 17th in order to rectify this situation and, if Twitter does not respond in 30 days, the accounts will be permanently deleted.

It is unclear how many people plan to deactivate their accounts to show solidarity against Jones.