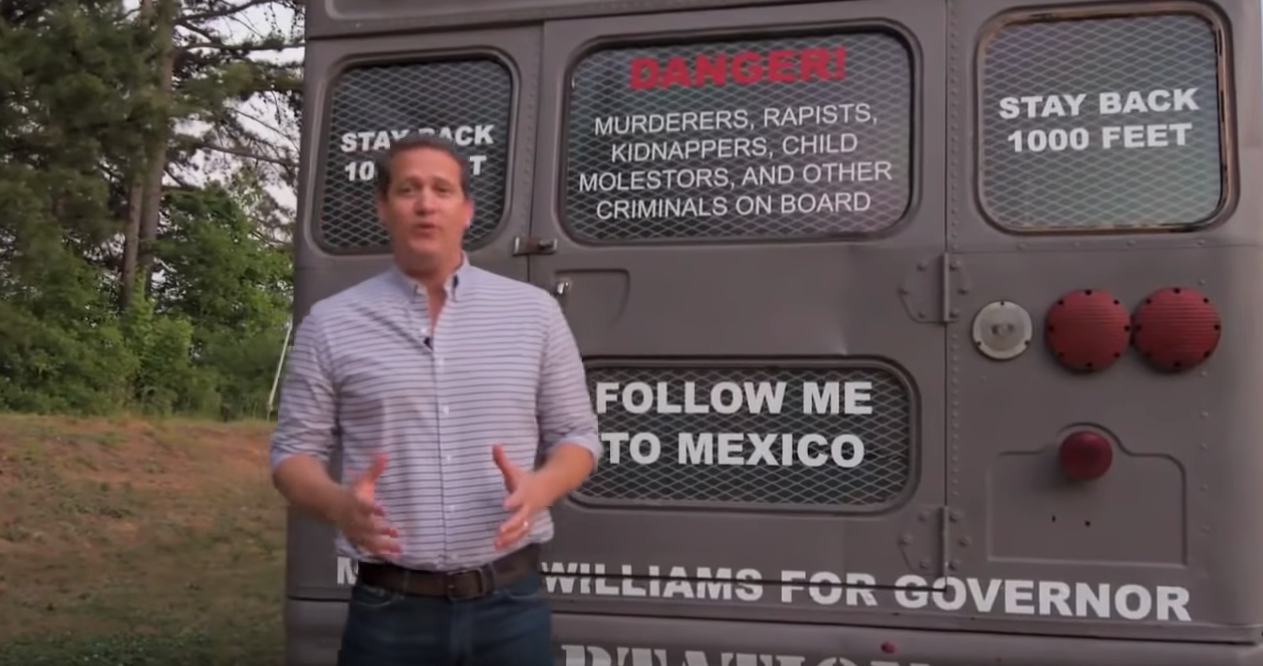 YouTube has admitted it made a mistake when it briefly took down an advertisement by a Georgia Republican gubernatorial candidate advertising his “Deportation Bus Tour.”

As reported by The Hill, Georgia state Sen. Michael Williams’ ad for his campaign tour was temporarily removed by YouTube for violating the site’s rule against hate speech. According to the YouTube policy, hate speech “refers to content that promotes violence against or has the primary purpose of inciting hatred against individuals or groups based on certain attributes.

Unlike with Facebook’s hate speech rule, immigration status is not one of the protected classes.

The advertisement, which is now back online, shows Williams speaking in front of his Deportation Bus. According to Williams, he will fill the bus to send illegals “back to where they came from.”

“We’re not just going to track them and watch them roam around our state; we’re going to put them on this bus and send them home,” Williams continued, before standing in front of the back of the bus, showing the text “DANGER! MURDERERS, RAPISTS, KIDNAPPERS, CHILD MOLESTORS [sic] AND OTHER CRIMINALS ON BOARD” on it.

In a statement to Vice News, YouTube said removing the video was the “wrong call.”

“With the massive volume of videos on our platform, sometimes we make the wrong call on content that is flagged by our community,” the statement to Vice read. “When this is brought to our attention, we review the content and take appropriate action, including restoring videos or channels that were mistakenly removed.”

In a statement, Williams called the move “the latest liberal California company stifling conservative free speech to appease the hard-left.”

“Perhaps YouTube’s executives would like to move their families into an area that has been destroyed by illegals. It might give them perspective,” Williams added.

Williams said YouTube’s decision showed the collective strength of the conservative movement. According to Fox, he said, “Conservatives have been blasting YouTube for their policies,” adding, “This shows that when Fearless Conservatives stand up and refuse to back down, we can win!”

According to The Hill, the video was removed on Wednesday morning, but was put back up by 2 p.m. EDT. It was originally uploaded on Tuesday.

This is not the first time YouTube has made a mistake and gone overboard with its moderation. In February 2018, YouTube said its moderators misapplied policies, leading to right-wing channels being taken down.