Trump SCORCHES Twitter, Claims It ‘Damaged the Integrity’ of Elections by Banning Him: Report

Former President Donald Trump reportedly slammed Twitter for rigging the electoral process, but nonetheless is fighting to regain access to the platform.

Trump has not given up on mainstream social media, access to which he said is essential for the fate of the republic itself. “In a court filing Monday night, Trump argued Twitter is undermining democracy by preventing his millions of followers from hearing what he has to say before the midterm elections,” Bloomberg reported Jan. 11.

The article quoted Trump declaring that Twitter had “damaged the integrity” of the American electoral process by banning him. Trump’s attorney Richard Lawson illustrated how Big Tech should not unfairly suppress Trump’s role as de-facto leader of the American conservative movement, according to Bloomberg: “Mr. Trump’s injuries are not only ongoing, but worsening, because they flow from the silencing of Mr. Trump’s political speech as the presumptive head of the Republican party at a time when the nation is drawing ever-closer to the 2022 elections.” 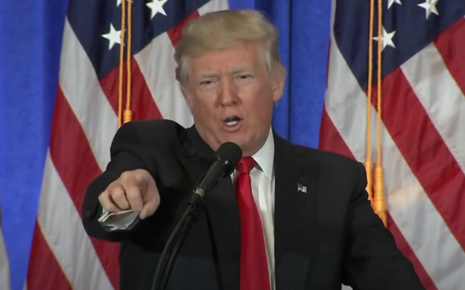 Bloomberg explained further that “The filing supplemented Trump’s initial request for an injunction in October, before the suit was moved from Florida, where he lives, to California, where Twitter is based.”

The initial filing in October summarized in clear terms that “[Twitter] exercises a degree of power and control over political discourse in this country that is immeasurable, historically unprecedented, and profoundly dangerous to open democratic debate. [Twitter] not only banned [Trump] from its platform, but also extended its prior restraint to innumerable Users who post comments about [Trump].” It also explained that Trump’s account was a “communication tool of his presidency” used to “speak directly to the public at large” and served as a “digital town hall.”

Twitter’s ability to subvert the electoral process with censorship has been proved as a political reality in the past few years. In October 2020, as one of the most contentious elections in American history approached, Big Tech companies suppressed political scandals that could have altered enough votes to reshape history.

NewsBusters reported on a Media Research Center poll conducted by McLaughlin & Associates regarding President Joe Biden’s China scandal, which indicated that 36 percent of Biden voters were NOT aware of the evidence linking Biden to corrupt financial dealings with China through his son Hunter. Thirteen percent of these voters (or 4.6% of Biden’s total vote, enough to swing the election, said that had they known these facts, they would not have voted for the former vice president.

Conservatives are under attack. Call Twitter at (415) 222-9670 or mail to 1355 Market Street, Suite 900 CA 94103 United States, and demand that Big Tech be held to account to mirror the First Amendment while providing transparency, clarity on “hate speech” and equal footing for conservatives. If you have been censored, contact us at the Media Research Center contact form, and help us hold Big Tech accountable.