In October 2020, near the end of the presidential election, Big Tech companies suppressed political scandals that could have swung the election. Those included New York Post reporting that implicated Hunter Biden and his father and then-presidential candidate Joe Biden in allegedly corrupt foreign business deals. The Media Research Center released two damning reports about how Big Tech and Big Media censored massive scandals connected to the Bidens. Detailed polling indicated that if Big Tech and Big Media had not hidden the news from the public, a substantial percentage of Biden voters would have voted differently and altered the results of the election.

The “SPECIAL REPORT: The Stealing of the Presidency, 2020” revealed how both Big Tech and Big Media skewed public perception on a variety of issues to sabotage former President Donald Trump’s chances in the 2020 presidential election. And the “SPECIAL REPORT: Big Tech Stole 2020 Election by Weaponizing Platforms” explained how specifically Big Tech used social media as a tool to block public awareness.

The New York Post, shortly before the election on Oct. 15, 2020, had exposed Hunter Biden for reportedly having “pursued lucrative deals involving China’s largest private energy company — including one that he said would be ‘interesting for me and my family.’” Twitter reportedly took action on the New York Post bombshell. Breitbart observed that “Twitter has censored the distribution of a second New York Post story containing bombshell information about 2020 Democrat presidential nominee Joe Biden’s son Hunter Biden — the latest piece reporting on how Hunter Biden’s emails reveal that he tried to cash in big on behalf of his family with a Chinese energy company.” 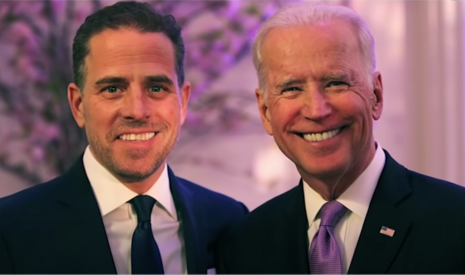 NewsBusters Senior Editor Rich Noyes wrote a special report that linked to a study polling voters that asked, “At the time you cast your vote for president, were you aware that evidence exists, including bank transactions the FBI is currently investigating” about Biden’s business ties with a “Chinese company”? Noyes then indicated that, “According to our poll, full awareness of the Hunter Biden scandal would have led 9.4% of Biden voters to abandon the Democratic candidate, flipping all six of the swing states he won to Trump, giving the President 311 electoral votes.”

NewsBusters reported on McLaughlin & Associates’ polling question regarding Biden’s China scandal, which indicated that 36 percent of Biden voters were NOT aware of the evidence linking Joe Biden to corrupt financial dealings with China through his son Hunter. Thirteen percent of these voters (or 4.6% of Biden’s total vote) said that had they known these facts, they would not have voted for the former vice president.

Earlier, on Oct. 14, 2020 the New York Post released a separate bombshell report implicating then-candidate for president Biden and his son, Hunter Biden, in allegedly corrupt dealings in Ukraine. The Media Research Center revealed a report juxtaposing the toxic combination of how dependent the mass public is on Big Tech platforms for news and how thoroughly liberal Big Tech companies rig the flow of information in their favor. Both Facebook and Twitter prevented users from being able to share the report of Biden’s Ukraine scandal. Huffington Post contributor Yashar Ali even commented that Twitter “blocked users” from privately “sending the link via direct message to other users.”

MRC President Brent Bozell has scorched Big Tech and the Big Media for stealing the election:

“It is an indisputable fact that the media stole the election. The American electorate was intentionally kept in the dark. During the height of the scandal surrounding Hunter Biden’s foreign dealings, the media and the big tech companies did everything in their power to cover it up. Twitter and Facebook limited sharing of the New York Post’s reports, and the liberal media omitted it from their coverage or dismissed it as Russian disinformation.”