Amazon Web Services is preparing to remove even more content that violates its rules. The company infamously deplatformed the entire Parler social media platform earlier in 2021 and could now apply those same rules to other companies.

The future of the internet looks grim as Amazon reportedly prepares to wage a figurative war with content contrasting the company’s woke far-left narrative. “Amazon.com Inc plans to take a more proactive approach to determine what types of content violate its cloud service policies, such as rules against promoting violence, and enforce its removal, according to two sources, a move likely to renew debate about how much power tech companies should have to restrict free speech,” reported Reuters on Thursday. 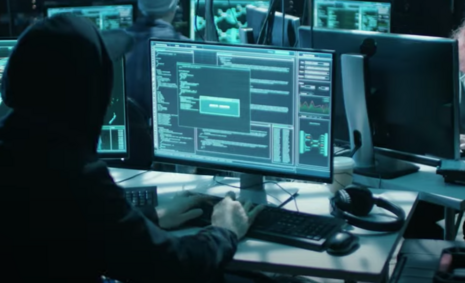 he news outlet emphasized how much impact Amazon’s new direction could have on the future of the internet: “It could turn Amazon, the leading cloud service provider worldwide with 40% market share according to research firm Gartner, into one of the world’s most powerful arbiters of content allowed on the internet, experts say.”

Andy Jassy, who led the company’s Amazon Web Services (AWS) division as it essentially deplatformed Parler from the internet, took over as Amazon’s CEO after Bezos stepped down. Jassy has been a part of AWS since its early days and reportedly helped grow AWS into a $40 billion business.

Reuters explained how the moderation overhaul will be implemented with a new wave of employees: “Over the coming months, Amazon will hire a small group of people in its Amazon Web Services (AWS) division to develop expertise and work with outside researchers to monitor for future threats, one of the sources familiar with the matter said.”

An AWS spokesperson reportedly explained to Reuters directly that the approach will ostensibly be used to stop illegal activity: “‘AWS Trust & Safety works to protect AWS customers, partners, and internet users from bad actors attempting to use our services for abusive or illegal purposes. When AWS Trust & Safety is made aware of abusive or illegal behavior on AWS services, they act quickly to investigate and engage with customers to take appropriate actions.’”

The same spokesperson later included a key denial: “‘AWS Trust & Safety does not pre-review content hosted by our customers. As AWS continues to expand, we expect this team to continue to grow.’”

The Verge explained how a proactive approach to content moderation will be a critical game changer for Amazon Web Services:

The company has long maintained an Acceptable Use Policy for AWS, which forbids using the service for computer intrusions, spam, or the promotion of violence or other crimes. But enforcement of those terms has been largely reactive, often relying on external user reports to identify prohibited content. While the policy itself will not change, the aggressive enforcement approach will put AWS in the same category as major platforms like Facebook and YouTube.