So much for YouTube’s brief neutrality. After a rare case of censoring an organization on the left, YouTube has now reinstated the anti-conservativeoperation known as Right Wing Watch. YouTube claimed that the ban was an accident.

Right Wing Watch, with its approximately 49,500 subscribers, is once again fully operational on YouTube. “Good News: YouTube has restored our account,”  Right Wing Watch (RWW) declared via Twitter on June 28. RWW included a screenshot of an alleged apology from YouTube explaining “after taking another look, we can confirm that [your YouTube account] is not in violation of our terms of service. We have lifted the suspension of your account, and it is once again active and operational.” 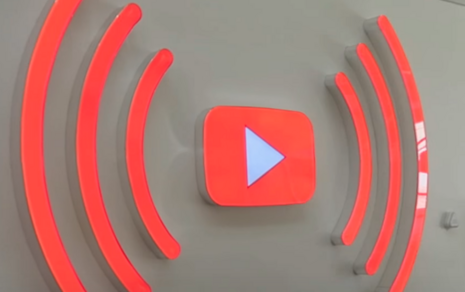 The TeamYouTube Twitter account groveled in a response: “Glad you saw that your channel has been reinstated – we replied to your initial thread on this below. Again, so sorry for the frustration this caused, and appreciate your patience while we sorted it out.”

RWW raked YouTube over the coals earlier that very day for removing the channel:

“Our efforts to expose the bigoted view and dangerous conspiracy theories spread by right-wing activists has now resulted in @YouTube banning our channel and removing thousands of our videos. We attempted to appeal this decision, and YouTube rejected it.”

In short, what appears to have happened is that Right Wing Watch was flagged for posting controversial content when it was merely sharing right-wing content to criticize it.

RWW claimed YouTube’s decision to reinstate its channel was an acknowledgement of the organization's mission. “We are glad that by reinstating our account, YouTube recognizes our position that there is a world of difference between reporting on offensive activities and committing them,” RWW director Adele Stan proclaimed, according to the Daily Beast. “Without the ability to accurately portray dangerous behavior, meaningful journalism and public education about that behavior would cease to exist.”

CNBC claimed that conservatives were ecstatic about the initial ban. “Some conservative activists had delighted in the removal, noting in posts on Twitter that Right Wing Watch had often called on YouTube to ban them or their allies for rules violations,” CNBC observed.