A crowdsourced army of censorship nags will now be able to mark up tweets with rateable fact-checks.

Censorship? Too severe. Twitter calls it “adding helpful context” now. As if Twitter weren’t annoying enough, the platform has rolled out a new feature to give select users the power to fact-check other people’s tweets. “Now, when you’re browsing Twitter on Android, iOS, or Twitter.com, you may see Tweets with Birdwatch notes. Notes will appear in a card on the Tweet. Right now, this feature is only visible to pilot participants,” Twitter’s verified Birdwatch account tweeted on Wednesday.

Birdwatch added in another tweet: “Why show notes on Tweets? Birdwatch wants to help people stay informed by adding helpful context to Tweets. This feature will allow those who are currently participating in Birdwatch to more easily identify and rate the most helpful notes.” 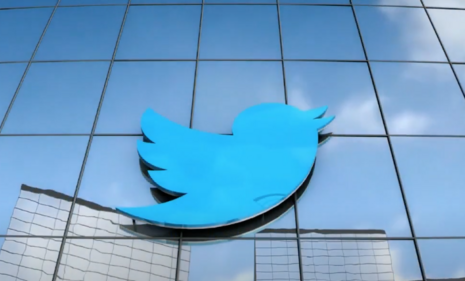 The Birdwatch account explained that there is a hierarchy in place for the most supported nitpicking to rise to the top: “[If] a Tweet has a Birdwatch note that is ‘Currently rated helpful’ then you’ll see that note right there on the Tweet, and you can rate it to help elevate the most helpful notes.”

Some Twitter users and free speech advocates may have an opportunity to be heard. Birdwatch also requested feedback:

We know we say it a lot but contributors are the heart of Birdwatch. Without your contributions and feedback, Birdwatch wouldn’t be what it is today. Please don’t hesitate to reply to this Tweet or DM us with your thoughts on this latest feature or a feature idea of your own!

Twitter’s Vice President of Product Keith Coleman had previously described Birdwatch as “a pilot in the US of a new community-driven approach to help address misleading information on Twitter” in a blog post.

“Birdwatch allows people to identify information in Tweets they believe is misleading and write notes that provide informative context. We believe this approach has the potential to respond quickly when misleading information spreads, adding context that people trust and find valuable,” Coleman added. “Eventually we aim to make notes visible directly on Tweets for the global Twitter audience, when there is consensus from a broad and diverse set of contributors.”

“Twitter has consistently been one of the worst platforms for censorship, constituting the majority of entries in the Media Research Center’s CensorTrack.org database. In fact, its roughly 250 entries in the first quarter more than doubled the next closest platform. This excessively terrible showing in the Free Speech category brought its overall grade down to a resounding ‘F.’”

Conservatives are under attack. Contact Twitter at (415) 222-9670 and demand that Big Tech mirror the First Amendment while providing transparency, clarity on “hate speech” and equal footing for conservatives. If you have been censored, contact us at the Media Research Center contact form, and help us hold Big Tech accountable.