Antonio García Martínez said that Apple “was well aware” of what he wrote in his controversial but best-selling book Chaos Monkeys before hiring him. But Apple appears to have caved to pressure from liberal employees and cut ties with him.

Apple reportedly cut ties with Martínez after employees said in a petition they were “deeply concerned” with “misogynistic statements” found in his best-selling book. “Apple said Wednesday it had parted ways with Antonio García Martínez, who had been hired about a month ago to work on ad platforms,” The Wall Street Journal reported May 14. Martínez responded by denying the narrative that the split with Apple was mutually decided: “I did not 'part ways' with Apple. I was fired by Apple in a snap decision.” Apple employees circulated a petition calling for Martínez to be fired for passages he wrote in Chaos Monkeys. 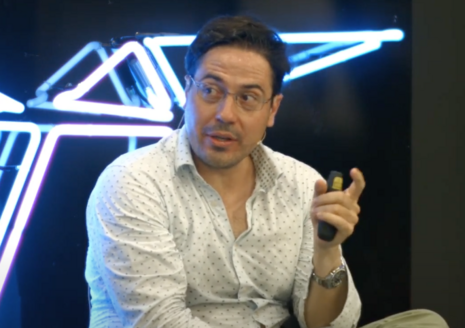 Martínez suggested Apple knew what they were getting before he was hired.

“Apple was well aware of my writing before hiring me. My references were questioned extensively about my bestselling book and my real professional persona (rather than literary one),” he illustrated. Martínez continued: “Apple has issued a statement that clearly implies there was some negative behavior by me during my time at Apple. That is defamatory and categorically false.”

Martínez argued that Apple’s rash decision left his life in the lurch in a May 14 tweet: “I upended my life for Apple. I sold my WA residence which I built with my own hands, relocated myself, shut down any public media presence and future writing aspirations, and resolved to build my career at Apple for years to come.”

A particular hyperbolic passage that scandalized a vocal portion of  Apple’s employees suggested that many Silicon Valley women were too sensitive: “Most women in the Bay Area are soft and weak, cosseted and naive despite their claims of worldliness, and generally full of shit.”

The account purportedly belonging to The Spectator’s New York editor Melissa Chen responded to Martínez’s tweet thread about his former employment with Apple. The Melissa Chen account suggested that the reaction by Apple and its employees merely served to prove the point Martínez made in his book. “The irony of this is that the actions of the employee mob at Apple kinda prove his point - that women are soft & weak, easily crumbling at the danger of working with someone who was merely indulging in a comedic rant,” tweeted @MMelChen.

Conservatives are under attack. Contact Apple headquarters at (408) 996-1010 and demand that Big Tech be held to account to provide clarity on “hate speech,” rules that seem to be applied inconsistently. If you have been censored, contact us at the Media Research Center contact form, and help us hold Big Tech accountable.