She didn’t stop there. Clubhouse Head of Global Marketing Maya Watson’s Twitter feed featured several incendiary comments. One America News Network (OANN) correspondent Jack Posobiec posted a series of embarrassing screenshots from Watson’s account. Clubhouse was established as a new audio app for influencers to have conversations that a selected audience of fans can listen to. Posobiec’s screenshots appeared to show Watson condemning conservative thought as dangerous. On the day of the Capitol riot, Watson purportedly tweeted: 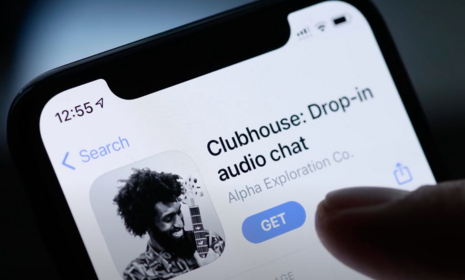 “74 million of you are complicit in this. These domestic terrorists are the extreme manifestation of what starts as thoughts. Looks. Microaggressions.

“There is no grey area on this. You’re either for our progress or against it.”

Watson also purportedly condemned “white women” for voting for former President Donald Trump in 2016 in a tweet that has not yet been deleted. The Watson account also expressed shortly after the election: “On behalf of black women, POC and a handful of good white people. YOU’RE FIRED!”

The Watson account’s single-minded racial narcissism has indicated a clear bias at play:

Her hot takes on the now-debunked Michael Brown “Hands up, don't shoot” narrative were a bad look, considering even The Washington Post torched the story in the article “‘Hands up, don’t shoot’ was built on a lie.” On Aug. 9, 2014, the Watson account tweeted “I'm so fucking tired of young, unarmed black men being shot by the police for no reason. #MichaelBrown.” Nearly a week later the Watson account tweeted: “Michael Brown was stopped because he was black. Period. #Ferguson.”

The account also appeared to vacillate between suggesting that black women are “The most powerful force in the world” or that instead they are the “most disrespected humans on Earth.”

Conservatives are under attack. Contact Clubhouse at press@joinclubhouse.com and demand that Big Tech be held to account to mirror the First Amendment while providing transparency, clarity on “hate speech” and equal footing for conservatives. If you have been censored, contact us at the Media Research Center contact form, and help us hold Big Tech accountable.