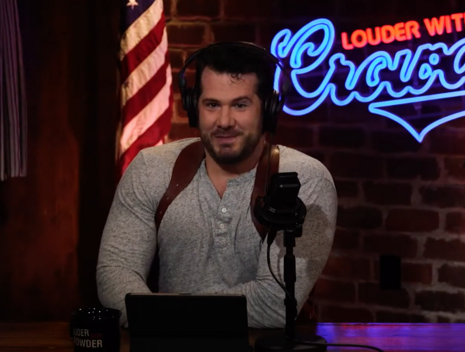 Conservative commentator Steven Crowder said he has been silenced on Twitter for unknown reasons, and proclaimed to TheBlaze: “Behold, the modern 'public square!’"

"Twitter has suspended the account of popular BlazeTV host Steven Crowder for at least one week without explanation,” TheBlaze reported March 9. Louder with Crowder host Steven Crowder reportedly explained: "No idea why Twitter locked me out, as in the allotted category (wherein they would include said information) was left blank."

Crowder “confirmed” to the MRC what TheBlaze reported, and explained, “As far as I understand it, I’ve been suspended THREE times as the countdown has kept getting longer. And they have yet to send ANY reason for the suspension. At all.”

Crowder’s unique blend of political commentary and satirical performance art has made him public enemy number one for Big Tech censors.

The day before TheBlaze’s article was written, Crowder observed that video content of his from previous years was rapidly gaining notoriety among liberal Twitter users. An unverified account published screenshots of a video and describing Crowder “enter[ing] a gym disguised as a trans woman to expose how trans people don't fit in with ‘normal people.’” Crowder responded: “Outrage over a 5yr old video. Cutting edge. Do the Ice Bucket Challenge next!”

Crowder has locked horns with Big Tech companies before.

“Bill Richmond, the lawyer for BlazeTV host Steven Crowder, announced Monday he has begun filing a lawsuit against Facebook[,] Inc. over ‘unfair competition, fraud, false advertising, and antitrust’ violations,” The Blaze reported Feb 1. As early as 2019, Crowder had been recognizing the signs of the times and predicted an imminent “purge” on YouTube. “The purge is coming,” warned Crowder in a tweet, including video, in which he theorized on what the implications of YouTube’s increasingly stringent content moderation policies could be for his channel, for the “conservative community” and “YouTube at-large.”

Crowder’s core concern was that Big Tech platforms will purge users on what they posted in the past, rather than in the present: “The biggest concern to me -- and I'm not entirely sure about this, but I’m pretty confident -- is that the new policy, which we will only know once it is in effect, could apply retroactively.” It appears as though Crowder was right to be concerned.