“U.S. Senators Marco Rubio (R-FL), Mike Lee (R-UT), Mike Braun (R-IN) and Josh Hawley (R-MO) sent a letter to Amazon CEO Jeff Bezos,” Rubio’s official website reported Feb. 24. The letter had been sent after Amazon “removed the book When Harry Became Sally: Responding to the Transgender Moment by conservative scholar, Ryan Anderson, from the Amazon website, Kindle, and Audible platforms.” The senators questioned and skewered Amazon’s recent behavior: “Over the past 72 hours, Amazon has been unable to provide a sufficient explanation as to how Anderson’s book, which reached the top of two of Amazon's best-seller lists before it was even released in 2018, supposedly violated a vague, undefined ‘offensive content’ standard.” 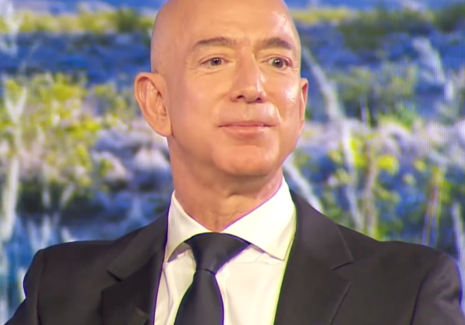 The senators who wrote the letter made abundantly clear that removing a well-researched work was a step too far:

“When Harry Became Sally prompted important discussions in the national media and among policymakers in 2018, and remains one of the most rigorously researched and compassionately argued books on this subject. By removing this book from its marketplaces and services, Amazon has unabashedly wielded its outsized market share to silence an important voice merely for the crime of violating woke groupthink.”

Meanwhile, “Amazon representatives declined to comment specifically on the senators' letter, while adding that the company reserves the right to pull any book on its shelves that it believes violate company content guidelines on hate speech and other issues,” The Hill reported. “Critics of Anderson's book point to his refusal throughout the text to refer to transgender individuals by their legal names, as well as his reliance on experts affiliated with a conservative group known for its extreme anti-LGBTQ stances.”

An Amazon spokesperson reportedly explained to The Hill that the platform has no issue with purging literature at will:

“As a bookseller, we provide our customers with access to a variety of viewpoints, including books that some customers may find objectionable. That said, we reserve the right not to sell certain content as described in our content guidelines for books, which you can find here. All retailers make decisions about what selection they choose to offer, and we do not take selection decisions lightly."

The Epoch Times reportedly received a similar response from an Amazon spokesperson who claimed: “[W]e reserve the right not to sell certain content as described in our content guidelines for books.” The Epoch Times further observed that “The statement omitted that the $1.5 trillion company changed the rules sometime after August 10 last year, apparently without telling its customers.”

The Epoch Times even went so far as to examine archived versions of Amazon’s policy pages:

“Previously, Amazon prohibited ‘products that promote, incite, or glorify hate or violence towards any person or group,’ but explicitly stated the policy didn’t apply to books.

“Its book policy used to contain no mention of ‘hate speech,’ according to a version of the page archived on Aug. 10. It mentioned Amazon reserved ‘the right not to sell certain content, such as pornography or other inappropriate content.’”