YouTube has not stopped its censorious ways. Now the platform has torched a Newsmax interview with former President Donald Trump.

“YouTube took down a newly recorded interview with former President Donald Trump in Google’s latest action against conservatives,” The Epoch Times reported Feb. 20. “A Newsmax spokesperson told The Epoch Times via email that the company was told the Feb. 17 interview was removed because it violated YouTube’s community guidelines.”

A Google spokesperson in turn explained to The Epoch Times via email that the YouTube platform has “clear Community Guidelines that govern what videos may stay on YouTube, and we enforce our Community Guidelines consistently, regardless of speaker and without regard to political viewpoints.” Even so, for reasons not yet known “In accordance with our presidential election integrity policy, we removed this video from the Newsmax TV channel,” the Google spokesperson elaborated. 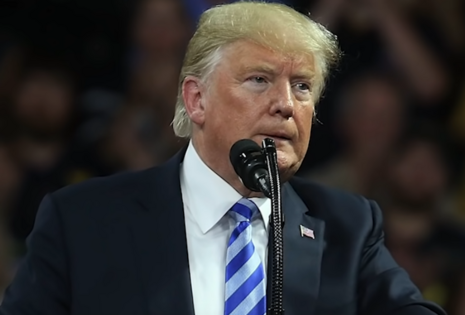 “Trump during the Newsmax interview alleged he won the 2020 election, among other claims,” The Epoch Times summarized.

Former president Trump announced: “We’re negotiating with a number of people” to address the problem of Big Tech censorship and his return to social media during his interview with Newsmax host Greg Kelly. “There’s also the option of building your own site because we have more people than anybody, so you can literally build your own site. But we were being really harassed on Twitter. They were putting up all sorts of flags, I guess they call them. They were flagging almost anything you said.”

YouTube responded to NewsBusters TechWatch's inquiry as to why the interview has been purged from the platform:

"We have clear Community Guidelines that govern what videos may stay on YouTube, and we enforce our Community Guidelines consistently, regardless of speaker and without regard to political viewpoints. In accordance with our presidential election integrity policy, we removed this video from the Newsmax TV channel."

YouTube was one of at least six Big Tech companies to crack down on Trump during the final days of his presidency.

YouTube initially suspended then-President Donald Trump’s official YouTube channel on January 12. Since then, YouTube has declared Trump’s channel will continue to be censored. "’In light of concerns about the ongoing potential for violence, the Donald J. Trump channel will remain suspended,’" YouTube reportedly told USA TODAY in an article published on Jan 26. “The suspension prevents the uploading of new videos or livestreams to the channel. Comments on the channel, which has nearly 2.8 million subscribers, are also disabled indefinitely.”