Microsoft co-founder and billionaire philanthropist Bill Gates suggested to CNBC that former President Trump should be allowed to speak on social media.

“I think at some point he probably will be allowed back on and probably should be allowed back on,” Gates commented in an interview that aired Thursday, CNBC reported. CNBC “Squawk Box” co-host Andrew Ross Sorkin had asked Gates whether he would allow Trump back on platforms if he had a say. Gates explained that he felt mixed feelings about Trump having a platform to speak from online: “It’s weird when you’re, you know, saying that the election was stolen without any facts there. And how corrosive that is.”

Gates speculated: “But I’ll bet they’ll find a way to let him back on,” suggesting that Trump’s future posts could get slapped with warning labels. Gates then theorized that Trump may lose some of his appeal over time: “You know in a way ... people’s interest in what he says may go down quite a bit.” 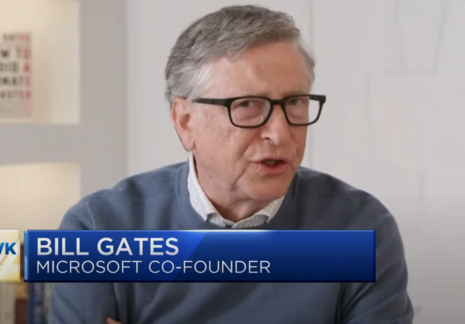 Facebook was one of many Big Tech companies whose choice to censor then-President Donald Trump shocked nations around the world in early January. Since then, “the Oversight Board accepted a case referral from Facebook to examine their decision to indefinitely suspend former US President Donald Trump’s access to post content on Facebook and Instagram,” the Board revealed on January 21.

Twitter, by contrast has already set in stone that it will not allow Trump back online even if he were to run for office again.