A California appeals court ruled that Twitter had a right to ban feminist Meghan Murphy for saying a scientific fact about the differences between men and women.

The California legal system was more than happy to help corporations when it means shutting down critics of leftist dogma. The 1st District Court of Appeal issued a 42-page ruling dismissing Murphy’s 2019 lawsuit. She was punished for declaring that men and women are biologically different.

Murphy had reportedly been banned for referring to a transgender person as “a man,” and accused that same person of “extortion for filing complaints against estheticians who refused to perform a Brazilian wax” on the transgender person’s genital area, The Mercury News reported Feb. 16. 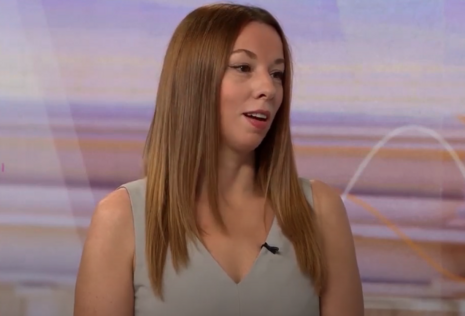 The court document explained that Murphy took issue the fact Twitter had “committed an unfair business practice by inserting the alleged unconscionable provisions allowing it to suspend or ban accounts ‘at any time for any or no reason.’” She also took issue with the platform claiming “Twitter falsely ‘held itself out to be a free speech platform’ and promised not to actively monitor or censor user content.”

This case revealed how Section 230 of the Communications Decency Act has not thus far been interpreted by the courts to protect free speech online from being censored by sites like Twitter. Section 230 is a 1996 rule that protects websites from legal liability for outside content that appears on their platforms.

Twitter argued that, rather than be obligated by Section 230 to protect free speech, instead it was “protected from liability under Section 230,” The Mercury News said. “The appeals court sided with Twitter, finding that higher courts have consistently upheld a social media site’s ability to ban users for certain speech.”

The court quoted the Supreme Court observation that Section 230 was created by Congress with the intent “to promote the free exchange of information and ideas over the Internet.”

It appears that the court ruled heavily in favor of “encourag[ing] voluntary monitoring [for what Big Tech considers] offensive or obscene material,” while neglecting to allow for “the free exchange of information” of social media users like Murphy.

Murphy filed her lawsuit against Twitter on February 11, 2019. Murphy had been permanently banned in November 2018 for saying that “women aren’t men tho.” In a YouTube video, she explained that “Twitter has begun silencing individuals and political views they don’t want heard.”