The New York Times liberal tech writer Kevin Roose has made a career out of condemning social media for allowing free speech. In the second week of President Joe Biden’s first term, Roose and a gaggle of liberal experts have suggested America needs the government to determine reality.

“I worry that unless the Biden administration treats conspiracy theories and disinformation as the urgent threats they are, our parallel universes will only drift further apart, and the potential for violent unrest and civic dysfunction will only grow,” Roose explained in his Feb. 2. opinion piece. Roose mentioned he had spoken with “Several experts” about the concept of Biden’s administration “[putting] together a cross-agency task force to tackle disinformation and domestic extremism, which would be led by something like a ‘reality czar.’” Even Roose admitted this concept “sounds a little dystopian,” but he insisted: “let’s hear them out.” 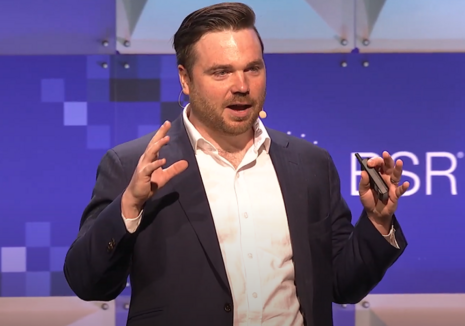 Roose summarized that this hypothetical task force could “meet regularly with tech platforms, and push for structural changes that could help those companies tackle their own extremism and misinformation problems.” One example provided was: “it could formulate ‘safe harbor’ exemptions that would allow platforms to share data about QAnon and other conspiracy theory communities with researchers and government agencies without running afoul of privacy laws.” He then went on to suggest: “it could become the tip of the spear for the federal government’s response to the reality crisis.”

Calls for Big Tech platforms to increase restrictions on political groups after the Capitol riot, rather than during the preceding summer of left-wing violence, speaks volumes. Facebook, for example, has refused to even acknowledge requests to remove reportedly violent groups such as Rose City Antifa that still are fully operational on Facebook with thousands of followers.

Roose even managed to quote an academic who provided cover for left-wing rioters.

Harvard University’s Shorenstein Center research director Joan Donovan was quoted in the article suggesting that the Biden administration could establish a “truth commission,” similar to the 9/11 Commission. This is the same Joan Donovan who wrote a piece headlined “How an overload of riot porn is driving conflict in the streets,” condemning conservatives for using social media as a “machine to spread a narrative of lawless rioting.” In true liberal gaslighting fashion, Donovan smeared journalists for reporting on far-left violence “who collect videos of conflict at public protests and recirculate them to their online audiences.” She made no mention of how independent journalist Andy Ngo was allegedly beaten to the point of reportedly suffering brain injury from Antifa activists. Even The Post reported on Rose City Antifa’s alleged violence against Ngo in a photo captioned “Unidentified Rose City Antifa members beat up Andy Ngo, an independent journalist, on June 29 in Portland, Ore.”

Roose specifically condemned conservative concerns regarding election fraud as “misinformation.” Ironically, liberal outlets have skewered mail-in voting as a potential source of fraud in the past. The New York Times itself wrote in 2012: “votes cast by mail are less likely to be counted, more likely to be compromised and more likely to be contested than those cast in a voting booth, statistics show,” in an article headlined “Error and Fraud at Issue as Absentee Voting Rises.” Even Amazon, owned by liberal billionaire Jeff Bezos, who also owns The Washington Post, voiced concerns about mail-in voting and its potential for fraud when it came to its employees holding an election over unionization.