Twitter didn’t find it funny, unlike pretty much everyone else.

Biden, “on his first trip to Florida as a POTUS nominee—pulled his phone out to play a bit of ‘Despacito’ following an introduction from Luis Fonsi himself at the event focused on Puerto Rican voters in the state,” Complex summarized. 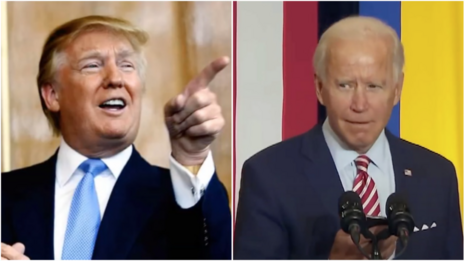 Trump had twice retweeted the video from The United Spot, first asking, “What is this all about?” And in his second tweet several hours later, Trump said, “China is drolling. They can’t believe this!”

On Tuesday night, Trump quote-tweeted a poorly edited version of the Biden clip that unconvincingly replaced “Despacito” with the N.W.A protest anthem. At the time of this writing, the tweet had been flagged by Twitter and now carries a ‘manipulated media’ warning.

The same article went on to add that “while the makers of the Trump-shared clip describe themselves as a ‘parody/satire’ channel, Trump's accompanying commentary (and, obviously, his track record) doesn't make it clear whether he believed the clip to be true and/or wanted to take advantage of the general state of confusion his less Twitter-knowledgeable supporters seem to live in.”

Twitter indeed has an infamous history of double-standards when it comes to misinterpreting political parodies as deepfakes or manipulated media.

This follows a clear pattern where Conservative satire ranging from the Babylon Bee outlet to figures such as Titania McGrath and Mini AOC have run into problems when they tried to parody liberals.

The now disabled meme video, due to an alleged “report by the copyright owner,” depicted a fake CNN headline that stated, "TERRIFIED TODLER [sic] RUNS FROM RACIST BABY." The footage featured an African-American toddler being chased by a white toddler with seemingly ominous music playing in the background. The segment was followed by a clip of "WHAT ACTUALLY HAPPENED," which featured the same two children “running toward each other on a sidewalk before embracing as Harry Connick Jr.'s version of the Carpenters’ ‘Close to You’ plays,” NBC News summarized.