Time’s Up for TikTok? GOP and Public Figures Call out Chinese App

The Chinese social media app TikTok and its unscrupulous data harvesting might be facing a reckoning from the United States. Critics of the app range from Secretary of State Mike Pompeo to famous gaming YouTuber “Ninja.”

Now, as the meme and music video creation app’s parent company considers leaving China, many questions remain, including whether the White House can shut it down.

The Verge explained that while this is new territory, the Trump administration could use similar tactics it used against Huawei:

“[H]ave the Commerce Department put TikTok on the ‘entity list’ that limits its commercial ties to US companies. The administration doesn’t need congressional approval to do this, and it can cite any US company that does business with them (barring special exemptions) for violating sanctions.” 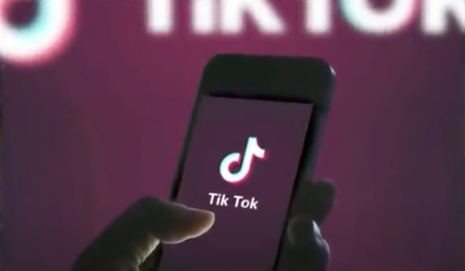 This has worked in the past, as the Verge clarified “The entity list has stopped Google from working with Huawei on Android phones, and if TikTok were successfully added to the list, Apple and Google would have a hard time keeping them in the App Store.”

The Wall Street Journal has reported that TikTok’s parent company, ByteDance Ltd. is considering an overhaul of the entire corporate structure and relocating outside of China entirely to save the company. This comes as TikTok faces increasing scrutiny in its biggest markets over its Chinese ties. The American military’s Defense Information Systems Agency sees the ostensibly fun app as no laughing matter, and banned the app’s use from government-issued phones, tablets, and other devices as a security risk, and the Navy has followed suit.

The Journal explained that ByteDance will have a hard time earning the trust of its critics:

“Any change to the corporate structure has to be significant enough to separate TikTok from any entanglements with mainland China, and has to cut off mainland Chinese staff from accessing user data, said Fergus Ryan, an analyst at the Australian Strategic Policy Institute. TikTok’s privacy policy says that user data can be accessed by ByteDance and other affiliate companies."

Pompeo explained in a July 6 Fox News interview that the U.S. government may consider a ban on Chinese social media such as TikTok. “We are taking this very seriously,” he vowed, according to The Verge. When Ingraham Angle host Laura Ingraham asked whether Pompeo believes Americans should download the controversial app, Pompeo replied, “Only if you want your private information in the hands of the Chinese Communist Party.” This follows India’s decisive action from earlier this month, when the government reportedly banned no less than 59 Chinese apps.

World famous gamer and YouTuber Tyler "Ninja" Blevins announced to his Twitter following of more than 6 million users that “I have deleted the TIK TOK app off all my devices.”

He expressed his desire for a better version: “Hopefully a less intrusive company (data farming) that isn’t owned by China can recreate the concept legally, such funny and amazing content on the app from influencers.”

Forty-four percent of Republicans and 29 percent of all Americans want TikTok banned from the country, a survey by MorningConsult found. Fast Company’s reporting on the data remarked,“Thirty-eight percent did not know whether it should be banned or not.”

Multiple outlets have reported that internet users organized the alleged sabotage of a Trump rally by coordinating on the TikTok app. Liberal youth on social media allegedly sent out calls to action for people to reserve seats at the upcoming rally in order to deny access to actual supporters, decreasing actual turnout. “[T]he idea to troll President Donald Trump with false ticket reservations to Saturday's rally in Tulsa, Oklahoma came from TikTok,” NBC News reported.

TikTok has tried to put forward a progressive image by partnering with the feminist Girls Who Code project to get more women in tech, because nothing says progressive equality like an app overseen by a country that puts Uighur Muslims and other minorities in concentration camps.