How Dare You! Libs Mad at German Conservative Answer to Greta

A 19-year-old German woman is being hailed as the conservative response to climate change activist Greta Thunberg. She has condemned climate alarmism as a “despicably anti-human ideology,” and liberal journos are heated about it.

Naomi Seibt encourages rationality in the face of climate alarmism and is seen as the conservative answer to climate change activists like Greta Thunberg. She is currently being supported by libertarian think tank The Heartland Institute, and was reportedly hired as the figurehead of its campaign to question the scientific consensus about climate change. “If imitation is the highest form of flattery, Heartland’s tactics amount to an acknowledgment that Greta has touched a nerve, especially among teens and young adults” The Washington Post wrote in its Feb. 23 coverage.

The outlet went on to describe Seibt as the “anti-Greta.” Liberal commentators were shocked, ranging from slurring the German teenager as a “NAZI” to theorizing the apocalyptic conspiracy that she is “paid to speak nonsense to convince people to continue business as usual and poison us all.” 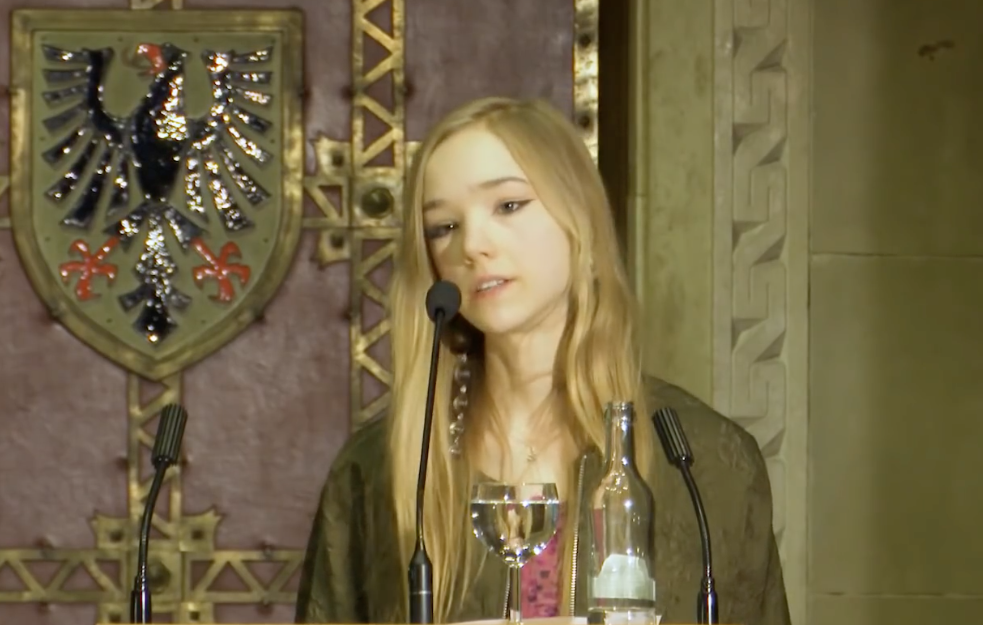 Aside from Seibt’s arguments against climate alarmism, journalists have specifically come after her for associating in any capacity with the Alternative for Germany (AfD) party. The AfD was described in the article as “the biggest opposition party in parliament.” The Post quoted one former AfD leader Alexander Gauland, when he vowed they are fighting “an invasion of foreigners.”

Bloomberg contributor and Senior Resident Scholar at the Arab Gulf States Institute in Washington, Hussein Ibish tweeted in response to The Post piece: “Oh, she’s a NAZI: ‘The German media have described her as sympathetic to the nationalist Alternative for Germany (AfD).’ There we go. Sieg Heil!”

He later added that “EVERYTHING comes down to race in all this.”He then quoted The Post’s observation that “Naomi said her political activism was sparked a few years ago when she began asking questions in school about Germany’s liberal immigration policies,” to which he responded “Of COURSE it was!”

Max Boot, a Never-Trump conservative columnist with The Washington Post, made a similar condemnation tweeting that “this young climate denier being promoted by American conservatives is described by German media as sympathetic to the Alternative for Germany (AfD), the far-right party that wants to fight an ‘invasion of foreigners.’”

Patrick Galey of the AFP News Agency referred to Seibt in a tweet as a “talking head” for “the arch-denialist @HeartlandInst.” He also claims that The Heartland Institute uses “money from groups such as Exxon and the Koch brothers to instigate far-right attacks on climate scientists and, yes, Greta.”

Galey slammed Seibt as the “opposite” of Thunberg, and described her as “A young woman paid to speak nonsense to convince people to continue business as usual and poison us all.”

Maddie Stone, who says she has written for Gizmodo, Vice, The Atlantic, and The Washington Post, tweeted:

“There is something...deeply creepy about the Heartland Institute [sic], a group of mostly geriatric men who publish climate denial propaganda, being so obsessed with Greta Thunberg they went out of their way to conscript a look-alike as their new mouthpiece.”