YouTube, once again, is doing everything it can to stop discussion about the alleged “whistleblower.”

YouTube removed a clip of Sen. Rand Paul (R-Ky.) of him speaking on the Senate floor, the National Review reported. In the video, Paul asked “why Chief Justice John Roberts had blocked a question of his, which some have speculated contained the name of the Ukraine whistleblower.” In response, he condemned the video platform, saying in a statement: “It is a chilling and disturbing day in America when giant web companies such as YouTube decide to censure speech." 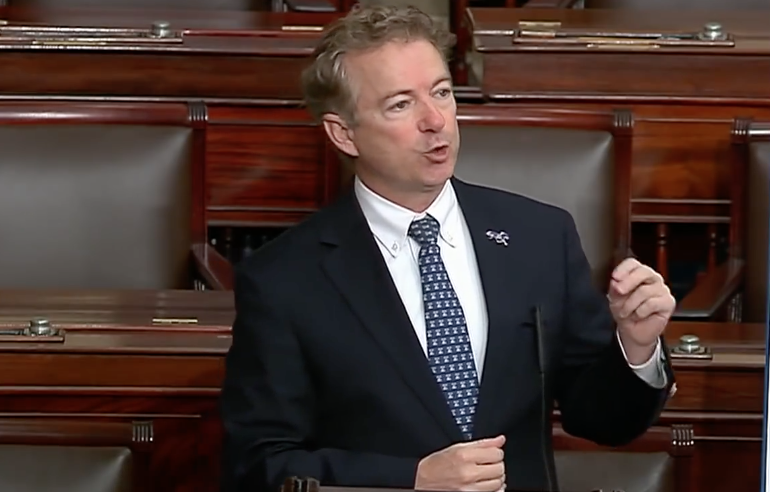 Paul added that "Now, even protected speech, such as that of a senator on the Senate floor, can be blocked from getting to the American people. This is dangerous and politically biased. Nowhere in my speech did I accuse anyone of being a whistleblower, nor do I know the whistleblower’s identity."

Big Tech platforms indeed have had a history of censoring the mere mention of the alleged whistleblower.”

YouTube’s spokesperson Ivy Choi told Fox News that YouTube had "‘removed hundreds of videos and over ten thousand comments that contained the name’ because it violated their Community Guidelines.”

The Daily Signal attributed the following quote to Choi: “Videos, comments, and other forms of content that mention the leaked whistleblower’s name violate YouTube’s Community Guidelines and will be removed from YouTube.”

National Review observed the controversial circumstances that lead up to this:

“After Roberts — who was tasked with reading aloud questions submitted by senators during the impeachment trial — refused to read Paul’s question on January 29, Paul submitted a second question the next day, and left the trial to hold an impromptu press conference after Roberts blocked the question a second time.”

The Hill posted a tweet where Paul expressed his concerns, “It’s very important whether or not a group of Democratic activists part of the Obama, Biden administration were working together for years looking for an opportunity to impeach the president.”

Paul later argued that, while he is “the biggest defender of the whistleblower statutes,” his Democratic colleagues “shouldn’t be able to use statutes to somehow make a whole part of the discussion over this impeachment go away.”