Carlos Maza Back on YouTube to Flood It with ‘Leftist Propaganda’

The man whose complaints single handedly caused an entire adpocalypse on YouTube has returned to the platform to “flood its airwaves with leftist propaganda.”

Carlos Maza is leaving Vox to establish his own channel according to The Verge, where he will “talk about media, propaganda, and socially conscious topics that relate to how people get their news from a progressive perspective.” The New York Times gave this “New York-based socialist” a prominent feature in their business section with two gigantic photos on separate pages.

The article summarized YouTube’s creative ecosystem as “dominated by a strain of reactionary politics that is marked by extreme skepticism of mainstream media, disdain for left-wing ‘social justice warriors’ and a tunnel vision fixation on political correctness.”

Maza, aka @GayWonk, famously triggered the adpocalypse on YouTube when he blasted the platform for allowing conservative YouTuber Steven Crowder to poke fun at him during Gay Pride Month. Shortly afterward came a wave of “carpet bombing” demonetizations and potential rule changes that restricted free speech on the platform. 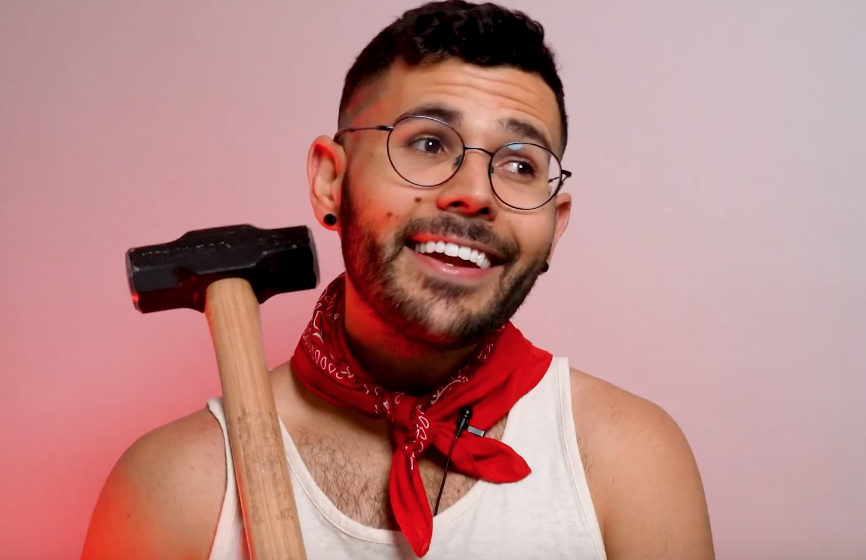 Maza has a controversial past as far as his own social media usage, reportedly ranging from calling for political violence to supporting Antifa.

It may seem absurd at first that such a strong critic of YouTube has created his own channel, but conservatives who grapple with Big Tech leadership know: mainstream tech platforms are where the biggest audiences are. “YouTube is one of the biggest threats,” Maza said in his interview with The Verge. “It’s how a huge chunk of the public gets their news.” Naturally, as a leftist, it appears he supports speech for himself while lamenting how it enables “alt-right monsters” whose speech is protected by “fascist boot-licker” centrists, meaning those to the right of himself.

That’s not hyperbole. In his video, Maza introduces his two alter ego characters: one, Karl (as in, Karl Marx) is a radical leftist; and two, the sinister centrist, Charles, who kowtows to fascism.

“Look, I’m your dramatic foil, okay?” Maza’s sinister centrist says in the video. “You need a godless centrist? I’m your guy. You need a fascist boot-licker? Sign me up.”

He pauses at one point to joke about having sex with himself. He asked his alter-ego: “Do I actually have a little centrist inside of me?” His alter ego Charles responded: “Buy me another drink, and we’ll see what happens.”

When asked by his alter ego Charles why he made a channel on YouTube despite hating it, Maza replied:

I do hate YouTube. It’s a shitty company that exploits its creators and doesn’t deserve to exist, but while it does, I might as well flood its airwaves with leftist propaganda … use the master’s tools to take down the master’s house or whatever.

In his interview with The Verge, he reaffirmed his disdain for YouTube and resolved to use the platform for his own purposes:

YouTube is managed by bad people[,] and it’s evil in ways that people don’t recognize. The company truly does not give a fuck about the damage it does to democracy. I’m kicking and screaming working with the company in that way, but it’s only because there’s absolutely nowhere else to go.