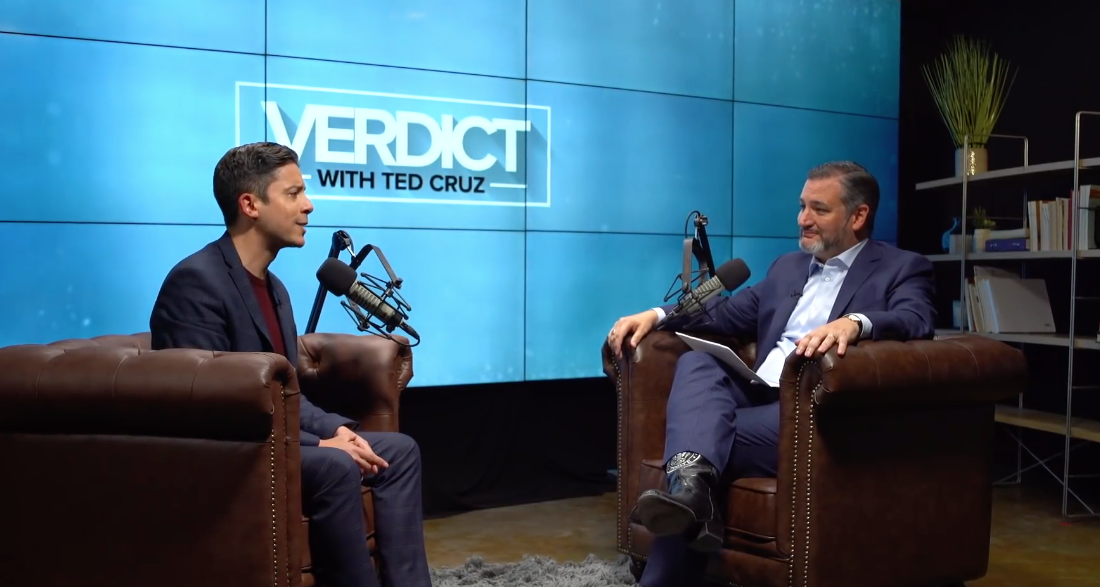 Senator Ted Cruz (R-TX) has announced a podcast where he and his co-host will discuss the latest updates on the Senate impeachment trial.

Cruz tweeted the announcement of his new podcast Verdict on January 22. He explained that it will feature himself and political commentator Michael J. Knowles discussing “the latest from the @realDonaldTrump #ImpeachmentTrial and more as soon as I leave the Senate floor… .”

Cruz alerted his followers that they can tune in by viewing his podcast episodes via YouTube or listening via Spotify.

Join Senator Ted Cruz as he breaks down the most important news stories of the day. Listen to Verdict with Ted Cruz to go behind the scenes of the Capitol, from the President's impeachment trial to the political debates that will define our country for decades to come.

The first episode, which runs approximately 25 minutes long, featured the two discussing the history of impeachment, the legal interpretations of the Congress's power, and the oral arguments by the House's impeachment managers.