Stahl opened the episode by saying that the internet’s biggest video platform has “come under increasing scrutiny, accused of propagating white supremacy, peddling conspiracy theories, and profiting from it all,” setting the tone for an intense interview.

Lesley Stahl commented, “You recently tightened your policy on hate speech,” before asking “Why'd you wait so long?”

Susan Wojcicki explained that rules have had to be reshaped and then enforced by a “combination of people and machines,” including a team of “10,000 people that are focused on controversial content.”

“You can go too far, and that can become censorship,” the YouTube CEO cautioned, before adding, “we have been working really hard to figure out what’s the right way to balance responsibility with freedom of speech.” 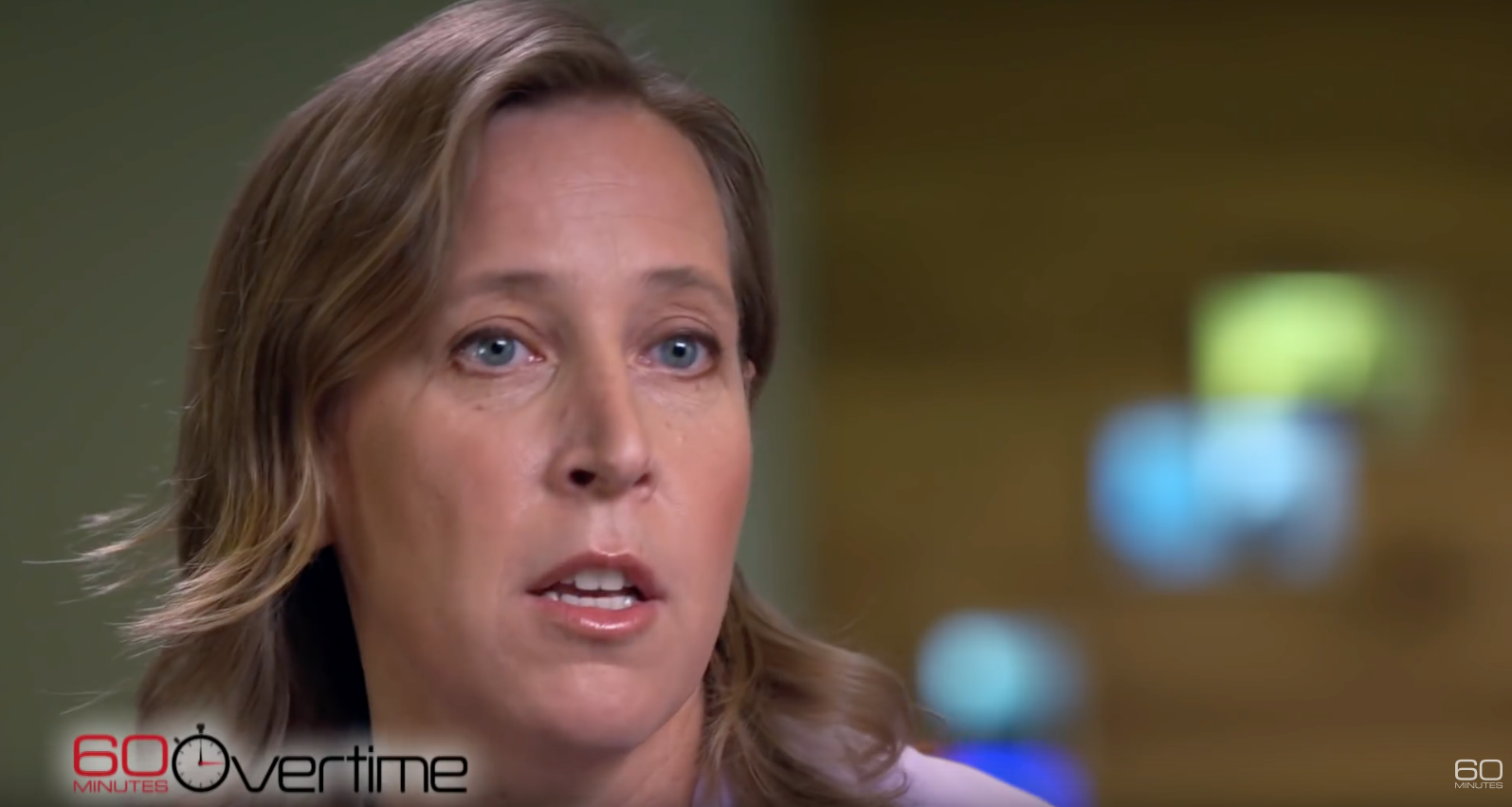 Narrating for the segment, Stahl then proclaimed that “the private sector is not legally beholden to the First Amendment.” She then inquired, “You’re not operating under some freedom of speech mandate. You get to pick.”

Wojcicki replied, “We do,” and further suggested that, while this may be true, “we think there’s a lot of benefit from being able to hear from groups and underrepresented groups that otherwise we never would have heard from.”

Stahl summarized YouTube's policy, stating that, “videos are allowed as long as they don’t cause harm, but her [Wojcicki’s] definition of ‘harm’ can seem narrow.”

60 Minutes Overtime filmed a segment that same day about section 230’s protections of tech companies from the consequences of users’ posts. Wojcicki admitted that “if there was [sic] laws that said this is the type of content you can't have, then we would remove it.” However, she clarified by explaining her company’s current stance on hate, stating, “Just to be clear, because you've asked me so many questions about hate, that's not necessarily something that we're getting any legislation about. That’s allowed. That’s allowed here in the U.S.”

YouTube has had a troubled history with regard to censorship, however.

Conservative pundit Dan Bongino responded to the 60 Minutes interview via tweet, warning, “Make absolutely NO MISTAKE, the @60Minutes piece on YouTube tonight is nothing more than a push by liberal activists to silence conservatives through corporate pressure. Liberals, and their media pals, DESPISE free speech.”

An example of the platform’s unstable policy on free speech occurred last August. A day after deplatforming many right-wing accounts, YouTube released a creator blog titled “Preserving openness through responsibility.” It proclaimed itself an open platform for diverse, even controversial, ideas.

After being unclear regarding why these channels were removed, YouTube mysteriously reinstated some of these deplatformed channels the next day, while leaving others offline.

YouTube even reportedly banned a retired Navy SEAL, retired Senior Chief Petty Officer Don Shipley, who used his channel to expose Covington activist Nathan Phillips as being a refrigerator mechanic for the USMC rather than a ”Recon Ranger” who fought in Vietnam, as the media formerly reported.

More recently, it became public that The Heritage Foundation had been sparring behind closed doors with the video hosting platform regarding a video that was taken down from The Daily Signal’s channel. The video in question featured a pediatrician who said, “if you want to cut off a leg or an arm you’re mentally ill, but if you want to cut off healthy breasts or a penis, you’re transgender."

YouTube posted a terms of service update of upcoming policies to take effect on December 10, 2019. Some worry that the policy update may be more akin to a purge of controversial creators. One of the rules stated that “YouTube may terminate your access, or your Google account’s access to all or part of the Service if YouTube believes, in its sole discretion, that provision of the Service to you is no longer commercially viable.”

YouTube informed Mashable that it made changes to its “Terms of Service in order to make them easier to read and to ensure they’re up to date,” also claiming that it is “not changing the way our products work, how we collect or process data, or any of your settings.”

But based on YouTube’s problematic history of customer service, users and creators may have a right to be concerned.