“The free press that the founders envisioned looked a lot more like” Reddit. It didn’t look like New York Times writers who misrepresent basic tenets of free speech and demand censorship to protect their friends from “online harassment.”

So said Donald Trump Jr. en route to arguing “the greatest threat to free speech and our democracy today is not the government, but the technology giants that deplatform people at the behest of liberals and then justify the action as ‘combating hate’ and making the internet somehow safer.” 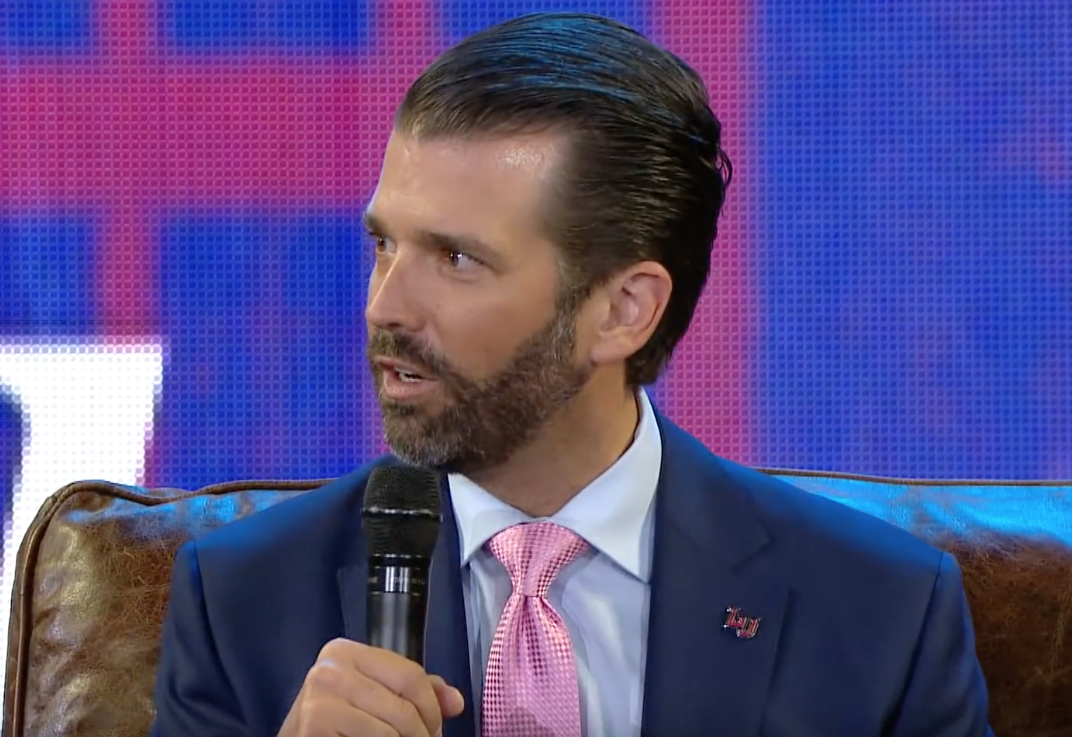 In a September 30 op-ed for The Hill, “Free speech suppression online builds case to break up Big Tech,” Donald Trump Jr. blasted Big Tech’s ability to censor dissenting views. He cited Beto O’Rourke’s “flogging” in his Reddit Ask Me Anything as an example of a grassroots uprising in that it “underscored the distinction between a mainstream media and a genuinely free press.” He observed that in an actual free forum ideas, public figures were actually given hard questions “in contrast to the handling he has gotten from the media, they treated him like hamburger meat.”

He took a bold approach and said, “the expression of free speech can be edgy, brutal, irreverent, and sometimes downright offensive” citing that both he and his father have been “subjected to some of the most withering attacks and false claims in politics.”

But this freedom, he argued, “is as American as apple pie. There is no substitute for open, honest, unrestricted dialogue and criticism when it comes to holding our leaders accountable.”

He was specifically reminded of this current reality “when Instagram once again stifled my voice, as well as that of my father, by preventing our accounts from appearing in search results. As with every time this happens, Instagram simply blamed an error.”

“If social media can do that to the president, then no one is safe,” he added.

He then cited the Section 230 of the Communications Decency Act, which protects Big Tech platforms from legal liability from illegal activity on the condition they provide a neutral platform for public debate.

But these Big Tech companies are enjoying the legal protections of Section 230 without actually holding up their obligation to protect free speech. Trump Jr. commented that “their refusal to be honest about it shows the threat of the Silicon Valley monopoly over the modern public square.”