After previously being banned in mid-May, One America News Network’s White House correspondent Chanel Rion has been mysteriously suspended from twitter once again.

“And just like that, Twitter no longer deemed me worthy of existence” she tweeted on her backup account before adding “No reason given for my suspension. Absolutely unacceptable.”

The reasons for her September 18 suspension remain unclear. The currently pinned tweet on her backup account showed that her last tweets on her main account before it was silenced were two critiques of the New York Times, as well as one for North Korea and activist judges, respectively. “Pray tell, which of these was so very offensive?” 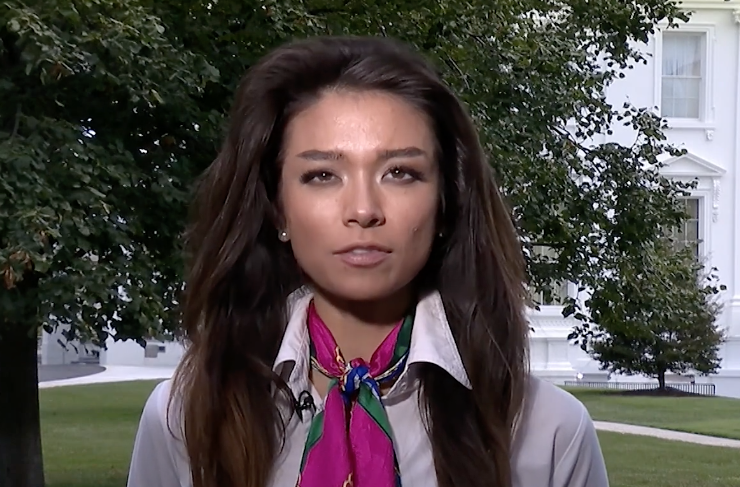 Of her two tweets critical of the New York Times, one of them was a political cartoon showing them update their name to “The New York Slimes” with observers commenting “Well, they’ve decided to be a little more honest.” The other had Rion accusing the New York Times of backpedaling on Kavanaugh allegations in that Blasey Ford had been “compromised,” as well as saying “NYT’s fresh Kavanaugh ‘victim’ last year didn’t remember anything” then mused suspiciously on why afer “7 days with Lawyer and promise of Nyt Book, she now ‘remembers’ she’s a victim.”


As Human Events reported in May, she had previously been suspended on the first day of her new job at One America News Network. This happened shortly after the up and coming conservative network had received praise from President Trump himself.

Rion tweeted from her backup a screenshot she captioned “So it is of record.” showing how News Breaking Live reported that she was still tweeting from her backup account, followed by liberal account NewsSlammer requesting Twitter Support shut her secondary account down.