A prolific American psychologist, journalist, and author will soon unleash a report that he claims will bring down Google.

Dr. Robert Epstein announced July 10 that he will soon publish “the most important article I've ever written, currently entitled, ‘Cutting #Google Down to Size.’” He added further that “it explains how to end Google's worldwide monopoly on search - the source of Google's limitless power to control humanity - permanently. Stay tuned.”

His research previously contributed to the documentary titled “The Creepy Line” which brought light to Google’s invasive practices. 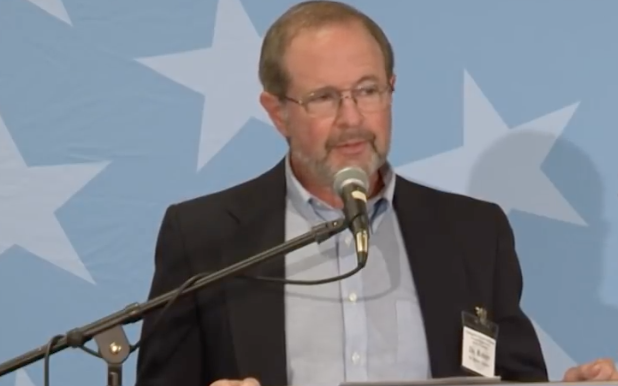 Later that same day he continued by quipping “assuming I don't get killed first while, say, crossing a street, I'll be testifying before #Congress this coming Tuesday about #Google's search algorithm.” He noted that this testimony will be “about how to quickly end Google's worldwide monopoly on search.”

Dr. Epstein has been a frequent critic not only of Google, but of its massive influence over Washington elites. He recalled how “When Sen. @HawleyMO recently proposed legislation to try to restrict Big Tech, the media was swamped with objections from organizations & think tanks - ALL OF WHICH WERE FUNDED BY #GOOGLE!”

While Epstein is an openly Liberal person, he displays a clear devotion to fair play and honest election practices. In a guest appearance on Tucker Carlson Tonight he suggested that Liberal tech companies are more than capable of rigging elections, “They can shift upwards of 15 million votes with no one knowing they’ve been manipulated, and without leaving a paper trail for authorities to trace.”

Tucker Carlson responded by observing “there’s no election at that point. Our democracy is not real if that’s allowed to happen.”

Dr Epstein mentioned in response that he is raising funds to build a large scale monitoring system “to keep an eye on these companies and to catch them in the act, literally catch them when they are manipulating votes and opinions.”

He said he believed this to be the only viable option going forward, “in my opinion that’s the only way we can stop them, there are no laws in place that can stop them at the moment.”

He has reached out for support from fans and allies: “here is where you can access my publications and support both my scientific research and my election monitoring projects: https://MyGoogleResearch.com  I also need connections to wealthy donors & super PACs to fund nonpartisan, large-scale election monitoring in 2020.”