Journalists freaked out over a slowed-down video that made Nancy Pelosi look silly and have sparked a debate over what videos should and shouldn’t be permitted online. The result was a pile-on with the media calling for speech to be silenced,

New York Times opinion columnist Farhad Manjoo asked his Twitter followers who felt strongly about the issue “what specific policy are you saying FB should adopt to remove this video but not other edited videos?”

He couched this by noting that he did agree with the videos removal from YouTube, but is seeking “a good mechanism” of carrying this out.

Several liberal journalists from major news sources condemned the video as a sinister deep-fake threatening American democracy. One of the most prominent tech journalists,Times contributor and Recode co-founder Kara Swisher condemned Facebook for allowing the video to spread.

”This week, unlike YouTube, Facebook decided to keep up a video deliberately and maliciously doctored to make it appear as if Speaker Nancy Pelosi was drunk or perhaps crazy,” she wrote. 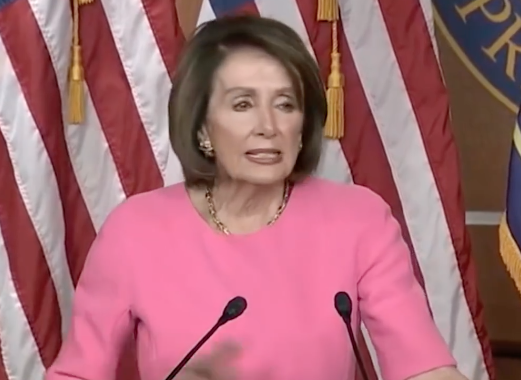 Other journalists, if not publishing articles criticizing the video openly loathed the free-for-all nature of social media for allowing misinformation or “hate” speech.

She repeated the First Amendment line, “Congress shall make no law” multiple times, and stressed that the amendment only protects people from censorship by the government, not by companies. She made it clear that she understood the words of the First Amendment, but fails to grasp the deeper spirit of the law to defend free expression.

Other journalists followed suit expressing their frustration that social media platforms are not taking a firmer stance against “deepfakes” and “hate speech.”

Tech reporter Brian Fung wrote a piece for CNN decrying Facebook for its “hands-off approach to policing the veracity of content on the site.” He lamented that “fact-checking a post or video takes precious time, during which rumors and misinformation can continue to spread at internet speeds.”

Liberals blamed hate speech even though the Pelosi video simply mocker her. Axios Chief financial correspondent Felix Salmon replied to Manjoo’s status that he believe “Hate speech” should “[come] down.” Manjoo replied asking “You would call this hate speech?”

PrekariLabs.com CEO Anshu Sharma replied with sarcastic humor, saying that Salmon is calling for the “Why can’t Facebook magically save our democracy by banning the other side without offending my side policy.”

Swisher directly rejected the idea of treating social media platforms as a virtual public square where the freedom of exchanging ideas is protected. Only a few minutes later she contradicted herself.

One viewer dared people to leave Facebook if they don't like how the platform is run. Swisher responded to this by saying that abandoning Facebook is not viable because in “many countries its the only form of communication.” In other words, she more or less acknowledged access to social media platforms as a necessity for being involved in public dialogue and social interaction.