Do as I say, not as I do. The censorious ideas pushed by popular Twitter #Resistance twins have come back to bite them.

Activists Ed and Brian Krassenstein were permanently suspended from Twitter May 23. The Daily Beast reported the liberal Twitter stars had allegedly been banned for “[breaking] the site’s rules about operating fake accounts and purchasing fake interactions with their accounts.”

To conservatives wary of Big Tech censorship, the Krassenstein’s suspension is a rare case of the shoe being on the other foot. A new documentary about this phenomenon “You Can't Watch This” is being released on May 12, and interviews multiple conservatives who have been targeted by Big Tech purges such as Laura Loomer and Tommy Robinson.

A Twitter spokesman publicly stated that “Twitter Rules apply to everyone.” He clarified by explaining how “operating multiple fake accounts and purchasing account interactions are strictly prohibited. Engaging in these behaviors will result in permanent suspension from the service.”

The Krassenstein brothers fiercely denied the allegation, claiming they “have never once acquired anything for the purpose of increasing our Twitter presence.” 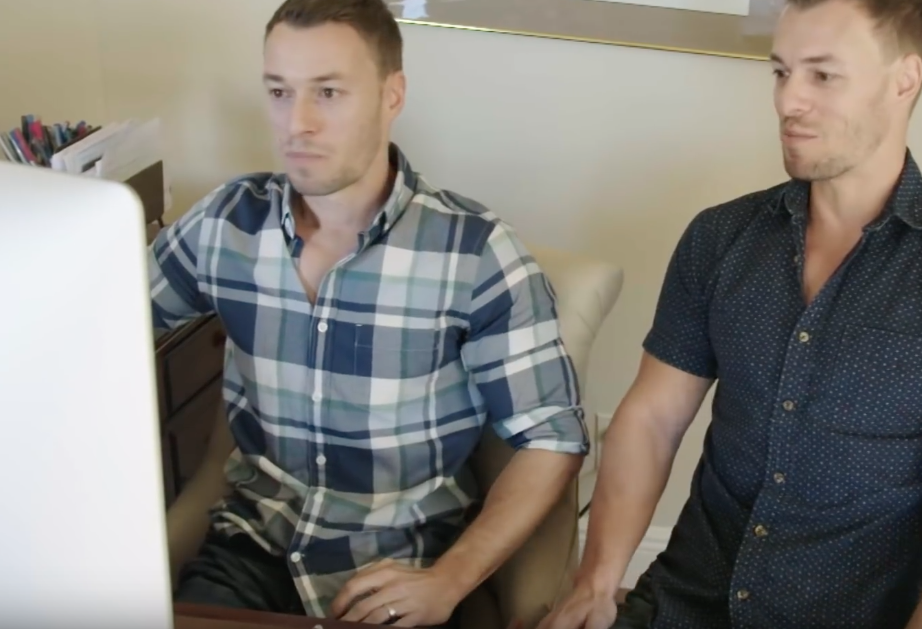 A Twitter account made to troll the Krassenstein brothers appears to contradict this, posting screenshots of what appear to be fake bot accounts all repeating Krassenstein posts verbatim.

The Krassenstein brothers had a huge following on Twitter. Ed’s reached around 925,000 before he was banned. Brian’s following was more than 697,000. They both appear to have a checkered past.  The Daily Beast reported they they were raided by the FBI over accusations of being involved in an illegal Ponzi scheme in 2016.

Their style of online activism ranged from the meticulous to the bizarre, from the uncanny ability to respond to President Donald Trump’s tweets within a matter of seconds to publishing a widely criticized book "How The People Trumped Ronald Plump." The supposed children’s book featured Special Counsel Robert Mueller as a muscular, shirtless superhero named “Robert Moral.” They responded to critics of this choice by posting shirtless photos.

Their first podcast episode titled “‘The Ingraham Anger’ and Krassenstein Cuddles” was described by one Splinter News reviewer as a “journey into hell.”  It featured jokes that went viral for falling flat or being outright bizarre, such as their statement that as twins, they have “actually known each other for 38 years if you count all the time we had cuddling in our mom’s womb.”

It appears, for the moment, that conservative Twitter is safe from their antics.