Rebel Media host Martina Markota is the latest of many on the right to be financially kneecapped by liberal companies.

Chase bank has now shut down Markota’s bank account, much like how PayPal deplatformed activist Laura Loomer. Markota spoke to BigLeaguePolitics about how “[Chase Bank] said they have the right to end our relationship and not tell me why.”

She tweeted her how this could cripple her current artistic projects in-progress “This is a huge deal for me as I have an active Indiegogo campaign with over $33,000 in jeopardy. I’m not an e celeb enough to care about?” 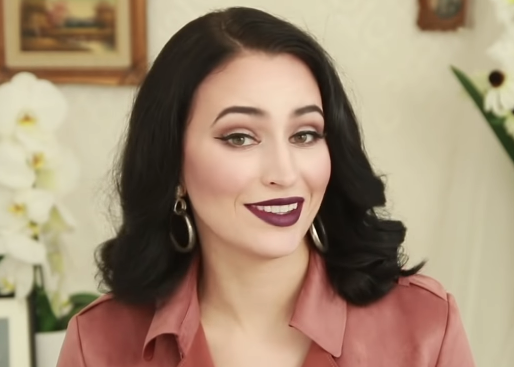 While Markota mentioned her frustrations with some other commentators mistaking glitchy apps for deplatforming, she was literally mailed an official letter notifying her that she was being cut off. She tweeted that she has a deadline to transfer “tens of thousands of funds.”

One Twitter user LucaBrasiTX responded to her, noting that she must have struck a chord to be wronged this brazenly, “Absolute insanity. Things are moving very quickly. They are going to make it harder and harder for anyone who dares to question the status quo. Wear this like a badge of honor. You are such a badass a multinational bank knows who you are and doesn't like what you are doing.”

She is one of several conservatives dealing with the onslaught of financial blacklisting and deplatforming that arguably kicked off with the removal of Alex Jones across multiple platforms in 2018. Chase bank itself has been overtly political than its competitors. Chief Financial Officer Marianne Lake told reporters that JPMorgan Chase bank and gun industry relations "have come down significantly and are pretty limited.”

When activist Laura Loomer was financially blacklisted by PayPal, she lamented her plight on Instagram, that “Left wing terrorists and tech tyrants” are trying to shut her down because she is a ”Conservative Jewish woman who speaks truth about Islam.” She mentioned how this struggle is now taking a serious financial toll, ”How am I supposed to pay my bills? I can’t get a regular job because I have been accused of being a Nazi. Am I supposed to be homeless?”

Jordan Peterson and Dave Rubin left Patreon this past January in protest against their selectively enforced censorship and deplatforming policies. This was partially triggered by Patreon changing its own rules to deplatform free speech advocate Carl Benjamin, better known as Sargon of Akkad.