Right-wing provocateur Laura Loomer was banned from Paypal on January 4. “PayPal just banned me for no reason whatsoever,” she declared. Loomer made a controversial name for herself as an activist and performance artist whose demonstrations to expose leftists have gone viral. 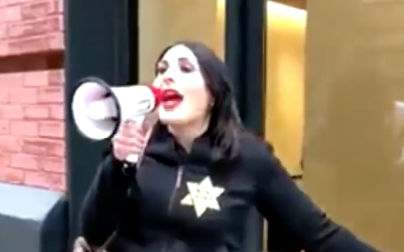 PayPal messaged Loomer that they were “terminating our relationship with your account(s) pursuant to PayPal’s User Agreement. Under the PayPal User Agreement, PayPal, in its sole discretion, has the right to terminate your accounts for any reason and at any time upon notice to you.”

Loomer’s response on her Instagram indicated that she plans on taking legal action against “all of the Left wing terrorists and tech tyrants who are trying to shut me down simply because I am a Conservative Jewish woman who speaks truth about Islam.”

She complained about her financial difficulties as a result of financial blacklisting “How am I supposed to pay my bills? I can’t get a regular job because I have been accused of being a Nazi. Am I supposed to be homeless?”

She further accused the Left of harsh tactics. “They are evil and will stop at nothing to ruin people’s lives. Even the people from Right Wing watch retweet videos and articles posted by people who say they want me to commit suicide. They actively call for me to be assaulted and support people like Montel Williams who advocated for me to be tased to death simply for existing.” she wrote.

A PayPal spokesperson confirmed the ban while speaking with Newsweek. “PayPal works to ensure that our platform and services are not used for purposes that run counter to our core values,” the spokesperson commented. “Our decision and actions are values-based, not political.”

The question here is where the legal distinction lies between core values and political ideology. There is a difference between saying one cannot bake a gay wedding cake for religious reasons, but can offer other items versus denying all of one’s services because you don’t like a person’s political ideology.

PayPal’s terms of service can be extremely vague, including the prohibition of certain activities such as “racial or other forms of intolerance that is discriminatory.”