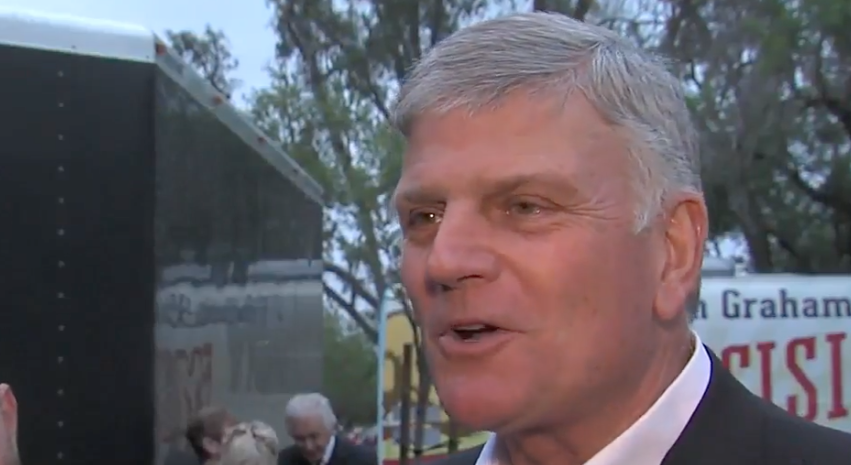 Facebook issued an official apology after banning iconic Graham for 24 hours over a 2-year-old post. In mid-December, Franklin Graham, the son of American evangelist Billy Graham, accepted Facebook’s apology for the 24-hour-ban, but expressed suspicion over their biases. He accused them of a “personal attack” as well as “censoring free speech” and “changing the rules.”

The two-year-old post in question was a criticism of musician Bruce Springsteen for canceling a North Carolina concert due to House Bill 2. “[Springsteen] says the NC law #HB2 to prevent men from being able to use women’s restrooms and locker rooms is going ‘backwards instead of forwards.’ Well, to be honest, we need to go back! Back to God.”

He went on in the same post to condemn “godless secularism” and “political correctness.” He also praised the North Carolina government for “[protecting] the safety and privacy of women and children” as well as “[preserving] the human rights of millions of faith-based citizens of this state.”

On December 28, Graham responded to the end of his 24-hour ban by accusing Facebook of “changing the rules” and “censoring free speech” and stressing the fact that “The free exchange of ideas is part of our country’s DNA.”

Since Facebook has gone back and declared his ban a mistake, Graham accepted their apology while later voicing his concerns about the freedom of speech on the internet going forward. “I’m certainly against people using Facebook to incite violence against somebody, but just having a different opinion other than somebody at Facebook and then to be labeled as hate speech, that’s sad.”