New York’s State Senate is considering a bill that will allow the government to investigate a citizen’s social media and search engine history before the sale of a handgun.

The bill, proposed by Democrat Kevin Parker, would allow police to reject applications to purchase pistols or even revoke current gun licenses based upon the presence of “biased language” in a person’s social media. If this bill passes, people can be denied access to firearms because they typed politically-incorrect statuses, messages, or searches. The bill is reportedly designed to prevent shootings like the Tree of Life attack. Adams stated that with the current laws on the books, “someone can technically say on their social media profile, ‘I’m going to buy a gun to go shoot someone’ and still walk in the store and buy the gun without the flagging and announcement of that illegal action being dealt.” 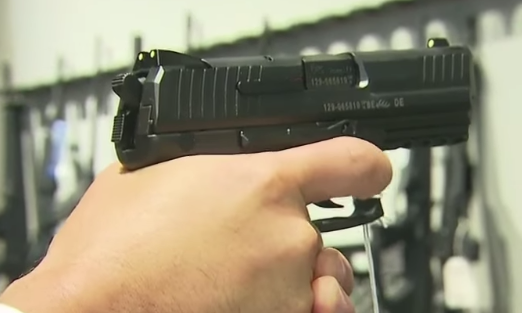 Using a citizen’s 1st Amendment rights to infringe on his 2nd Amendment rights is a real win-win for leftists. Who would it work against? TownHall’s Chris Reeves cited the relevant excerpt of the bill (emphasis his):

In order to ascertain whether any social media account or search engine history of an applicant presents any good cause for the denial of a license, the investigating officer shall… review an applicant’s social media accounts for the previous three years and search engine history for the previous year and investigate an applicant’s posts or searches related to (I) commonly known profane slurs or biased language used to describe the race, color, national origin, ancestry, gender, religion, religious practice, age, disability or sexual orientation of a person; (II) threatening the health or safety of another person; (III) an act of terrorism; or (IV) any other issue deemed necessary by the investigating officer.

It would be one thing to say that proposal of violent action would disqualify a person from buying a gun. But trying to bar a person from buying self-defensive firearms because they used “biased language” is a clear red flag. Any language an authority finds objectionable for any reason can become a pretext to disarm law abiding conservatives.

Part of what is uniquely sinister about this bill is that it will work directly with social media platforms such as Facebook, Twitter, Snapchat, Instagram as well as search engines like Google, Yahoo, and Bing for any presence of offending language. For those who have been closely watching Big Tech controversies, Google recently dropped their "Don't Be Evil" slogan as they collaborated with the Chinese government to help spy on dissidents via their Dragonfly search engine as they install their new dystopian "Social Credit Score." Google seems all too happy to bring the totalitarianism that it enables in China abroad back home to America.